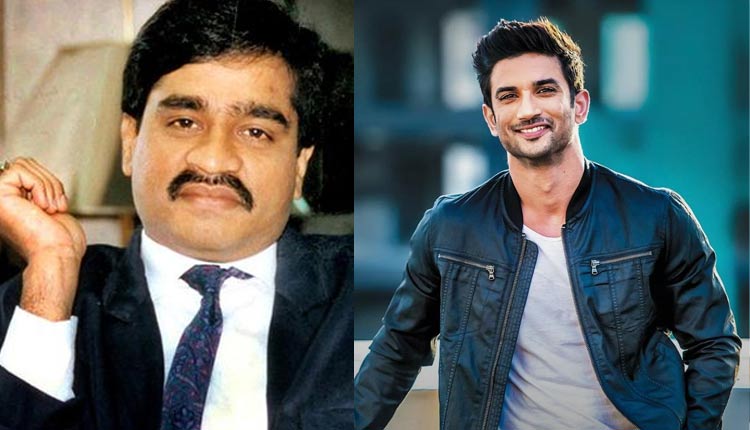 The suicide of Sushant Singh Rajput is now being linked to the underworld. According to an ex-RAW officer NK Sood, Sushant was murdered with full proof planning. In his video, the officer clearly states that those close to him including Sushant’s servant, friend Ssandeep Singh and girlfriend Rhea Chakraborty were fully aware of what was happening with the young actor but instead of taking care of Sushant, they betrayed him.

According to Sood, even though the infamous don does not live in Mumbai anymore he continues to hold clout over the economical capital of India. Either by muscle power, money, or through his close connections with people at top positions Dawood continues to control the Maharashtra capital. That is why Sood claims that there is a strong chance that Sushant was murdered by a Dawood aid. In his video, the ex-RAW agent says that Sushant was getting threats since the last few months which is why he changed his SIM almost 50 times.

The actor even slept in a remote place in his car because he was afraid that someone might kill him. Sood believes that the entire murder has been committed by professionals. From shutting off CCTV cameras just a day before the Dil Bechara actor’s death to the missing duplicate key, there are so many evidences that show someone had cleverly planned his murder, says Sood.

The ex-officer has claimed that Mumbai police are aggressively pursuing the investigation but the real culprit doesn’t need to be exposed because many times such actions are taken even to protect big names. Sood has alleged that Bollywood and Dawood Ibrahim continue to have a connection.

Sood says, “Many B-town celebrities participate in the events organized by Dawood’s team abroad, and help the gangsters earn money which is used for funding ISI. The celebrities also receive huge money in return.”

The ex-RAW agent says that even though the servant of Sushant may not be the actual murderer he must know everything that was happening in the Kai Poche actor’s life. Similarly, Sood also claims that Sushant’s close friend Sandeep Ssingh who shadowed him constantly was the one who shared all the information and updates on the actor’s life to those who wanted to pull down the actor. The officer has also taken the name of Karan Johar and Salman Khan but has not said anything clearly.

Talking on Rhea Chakraborty’s involvement in the alleged murder of the actor, Sood said that she is not directly involved in it but is frightened and was aware of what was happening with Sushant. That is why she left the actor all alone on Mukesh Bhatt’s call when her boyfriend needed her the most.