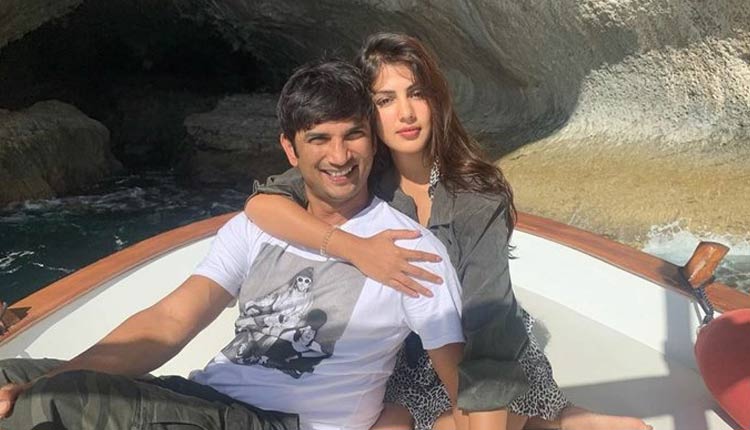 Sushant Singh Rajput’s death continues to grab the headlines. Social media is still in a frenzy throwing accusations at the A-listed stars and directors. While the Mumbai police is trying its best to reach to the bottom of the entire situation that led Sushant to commit suicide, there have been few shocking revelations from some of his close friends, publicists, managers, co-stars and more.

Although it has been alleged that the young actor from Bihar was robbed of his six movies out of seven that he had signed due to nepotism, he was not workless. Rather he already had three movies in hand, out of which one was being produced by Vasu Bhagnani and directed by Rumi Jaffery. Rhea Chakraborty who was the special friend of Sushant Singh Rajput and was one of the last persons whom the Kedarnath actor called before his death was to work as a female lead.

Rhea was interrogated for nine hours post-death of SSR and her cellphone has also been checked. Rhea confirmed during the interrogation that she was going to marry Sushant at the end of this year. The Jalebi actress stayed with Sushant during the lockdown for some time but after having a fight with him over the presence of his friend and roommate Siddharth Pithani she left Sushant on June 6.

Rumi Jaffery who was in close contact with Sushant and Rhea as both were lead stars of his upcoming movie recently stated that before Sushant’s suicide the couple had parted ways. Rhea has stated Sushant was fighting depression and was in consultation with a psychiatrist. He was on medications but off late had started avoiding them.

According to Rhea, Sushant felt that he did not need the medicines as he was already feeling good. Many believe that split with Rhea made Sushant unstable mentally. He was also in shock after his ex-manager Disha Salian committed suicide on June 9. Fight with Rhea and the death of Disha are currently being considered one of the reasons why the Drive star decided to take his life.