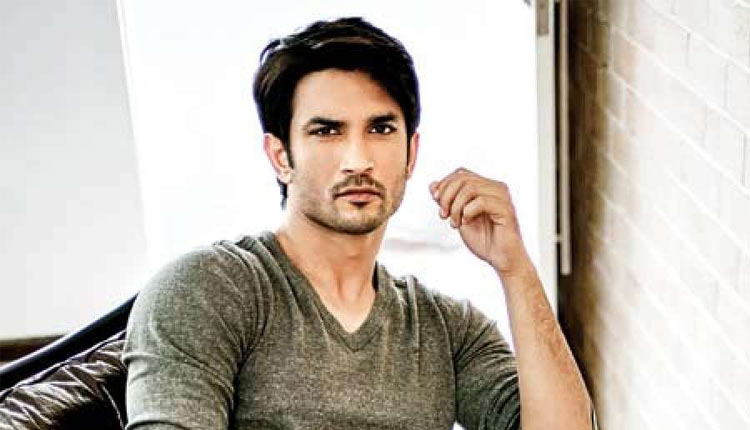 Death of Sushant Singh Rajput has triggered a wave of shock across the country. As the police continue to probe the mystery behind the cause of his suicide, many other positive things are coming to the fore which speaks volumes about this multifaceted personality who originally hailed from Bihar, studied in Delhi, joined dance and acting classes and finally became a big star in Bollywood.

Although this can be a nutshell of Sushant’s short journey, it is not all. He did a lot of other things that would continue to warm the hearts of people and make them remember him. From donating to flood-hit areas, leaving all major projects just to focus on a movie called Paani dedicated to the social cause to starting three companies Sushant Singh Rajput was eager to try it out all and give it back whenever possible.

In 2018, when Kerala was badly hit by a flood, the 34-year-old actor donated Rs.1 crore to the CM’s Distress Relief Fund. As per the story, a fan of Sushant tagged him on Instagram, saying, “I don’t have the money, but I want to donate some food. How can I donate? Please tell me.” The actor was so gracious that he replied, “I will donate Rs 1 crore in your name, make sure that it directly reaches our friends out there, and post it on Instagram thank you for making me do this. Thank you so much for wanting to.”

Later on, Sushant indeed transferred Rs. 1 crore to the account of his fan who further donated to the CM’s relief fund and shared, “As promised (to you) my friend, what you wanted to do has been done. You made me do this. So be extremely proud of yourself. You delivered exactly when it was needed. Lots and lots of love. My Kerala.”

We are deeply saddened to hear of the death of Sushant Singh Rajput. His early demise is a great loss to the Indian Film industry. Our heartfelt condolences to his family, friends & supporters.

We take a moment to remember his support during the time of Kerala floods. pic.twitter.com/OKampA9w05

The same Sushant Singh Rajput personally visited Nagaland in 2018 when the state was badly hit by floods and landslides. He visited the state and handed over a cheque of Rs. 1.25 crore to the Nagaland CM personally. His visit attracted a lot of attention when a video Sushant playing cricket in Nagaland went viral.

I thank Sushant Singh Rajput @itsSSR for standing with #Nagaland. He personally handed over a cheque of Rs.1.25 crore towards CM Relief Fund. I am grateful to him and everyone who has come in support of our state #NagalandFloods #DonateForNagaland pic.twitter.com/AfL8uEwADd

He was also actively involved in many other social causes including Sushant4Education and was promoting the Women Entrepreneurship Program (WEP).

Surprisingly, Sushant was a man with many positive interests. His passion for quantum physics and astronomy was quite well known. And he took it further by finding three companies for different causes. From healthcare to Artificial Intelligence he started three companies in these varying fields to explore new possibilities and innovations that can help mankind.

He established his first company Innsaei Ventures in May 2018 which is dedicated to exploring and researching multiple verticals that include health, education, films, virtual reality, incubation, and intellectual property. The company aims to escalate the possibilities technological innovations can offer so that its benefits can reach more people. Almost a year later in September 2019, he launched his second company Vividrage Rhealityx reportedly incorporating the name of his rumoured girlfriend Rhea Chakraborty. This company is dedicated to Artificial Intelligence, mixed reality, exponential technology, and experiential technology in the country and across the globe.

as days r passing, i am discovering more talents of sushant, what a gem we lost

At the start of this year in January, Sushant Singh Rajput launched his third company Front India for World Foundation which works for humanitarian cause by eradicating poverty, hunger, and malnutrition. The company also promotes sanitation and preventive healthcare, and wellness.

With so much work on his plate apart from a couple of movies that he was supposed to do, it is confusing as to what made Sushant commit suicide.