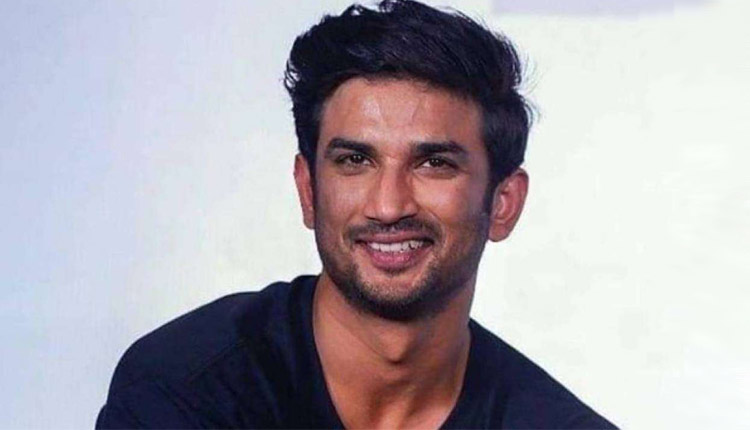 The sudden demise of Sushant Singh Rajput has given a big jolt to the Indian film industry. Suicides are nothing new to Bollywood with the industry losing Jiya Khan, Pratyusha Banerjee, and more to such incidences. But the loss of Sushant Singh, who has been a successful actor with his own story worth an inspiration for the strugglers who want to start from the scratch, is not only shocking but gravely unsettling.

Sushant Singh Rajput Was Destined To Become An Actor

Unlike many movie stars who dropped out of their schools early due to lack of inclination towards academics, Sushant Singh was an outstanding student winning National Olympiad in Physics when young. From ranking in the top 10 in an all India level Entrance exam to securing admission in Mechanical Engineering, the actor was brilliant in all his efforts. But it was his interest in dance and theater that eventually made him a star.

As he became involved more in the theater he had very little time for studies and in the end, Sushant became quite clear that he wanted to become an actor and dropped out of the engineering career. But his preparations had started way before that when as a student owing to his interests in acting he enrolled in the dance classes of the leading B-town choreographer Shiamak Davar.

Also joining Barry John’s drama classes simultaneously unknowingly was contributing to shaping him as the star of the future. In one of the interviews, the actor revealed, “I found the experience liberating. I realized that I could communicate with the audience. I knew I wanted to do this forever.”

His hardwork is inspiration to all 🙏

By 2005, Rajput became a regular member of Davar’s standard dance troupe. From performing as a background dancer at the 51st Filmfare Awards to shaking legs just behind Hrithik Roshan for Dhoom 2’s title song, full-time dancing now became a passion for the budding actor.

Despite being with Davar, and enjoying touring across the globe with his troupe, Sushant was not feeling satisfied. He had already taken the first risk by venturing out of engineering, and now he decided to move to Mumbai to try out his luck in acting. With big dreams, Sushant stepped in the city of glamour and joined the Ekjute theatre group of Nadira Babbar. A struggle of around two years and more finally landed him a spot in Nestle Munch’s TV advertisement which made Sushant a household face across pan India.

And then things started rolling on smoothly for the actor as he was introduced on television in 2008 through Kis Desh Mein Hai Meraa Dil on Star Plus. But what made him a big star was the popular soap opera of Balaji Telefilms Pavitra Rishta that aired on Zee TV from 2009-2011.

When Dreams Of Delhi Boy Came True In Mumbai

Through this serial Sushant Singh Rajput became so popular that he started attracting the attention of Bollywood producers. In 2013, when Rajput made his debut in a buddy drama titled Kai Po Che! Under YRF’s banner, his dream finally came true. It was followed by another romantic movie Shuddh Desi Romance released the same year and a thriller movie Detective Byomkesh Bakshy! The last two movies did not do well at the box-office, but the film industry had now started acknowledging the talent in this young man.

Dhoni’s Biopic Was A Turning Point

Despite box-office failure, Sushant continued to attract big-budget and good movies. In 2014, Rajkumar Hirani roped him for a supporting role opposite Anushka Sharma. It was followed by the biopic on the former Indian skipper Mahendra Singh Dhoni. Undoubtedly M.S. Dhoni: The Untold Story released in 2016 was a turning point in his career that gave him the stardom of a superstar which was eluding him since his debut.

3 years of #msdhonitheuntoldstory 💥 I got up this morning and looked at myself through your eyes, and then looked back at you, with everything I understood I was. #selfmusing 💫❤️

His last two movies Kedarnath and Chhichhore received a decent welcome at the box-office and he had a couple of more projects in hand.

What Was Sushant Struggling With?

It is believed that Sushant was feeling depressed and cut-off from the film industry. He did not have many friends from Bollywood although he was rumoured to be dating actress Rhea Chakraborty. His last post on Instagram seems to indicate that he was indeed struggling to find a balance between sadness and happiness.

Blurred past evaporating from teardrops Unending dreams carving an arc of smile And a fleeting life, negotiating between the two… #माँ ❤️

On June 9, his former manager Disha Salian committed suicide by jumping from the 14th floor of her apartment. And now Sushant taking the same route by hanging himself is making fans wonder as to what was he struggling with.

I blame myself for not being in touch with you for the past year….. I have felt at times like you may have needed people to share your life with…but somehow I never followed up on that feeling…will never make that mistake again…we live in very energetic and noisy but still very isolated times …some of us succumb to these silences and go within…we need to not just make relationships but also constantly nurture them….Sushants unfortunate demise has been a huge wake up call to me …to my level of compassion and to my ability to foster and protect my equations…..I hope this resonates with all of you as well….will miss your infectious smile and your bear hug ….💔💔💔

Karan Johar’s emotional words penned on Instagram is an indication that Sushant was indeed going through some struggle. The actor was upset when ‘Drive’ produced by Dharma Productions which starred Jacqueline Fernandez opposite him was released on webspace instead of a big screen. The connection between Sushant and Karan goes a long way as the famous director was one of the judges on a dance reality show in which Sushant had participated as a contestant.

Karan’s words reveal how stressful and lonely the life of such stars can be even though they seemed surrounded by glamour, name, fame, and glitter.

Reportedly, the last rites of Sushant Singh Rajput will be performed in Mumbai on Monday after his father and other family members arrive in Mumbai from Patna, stated a report in indiatoday.in.