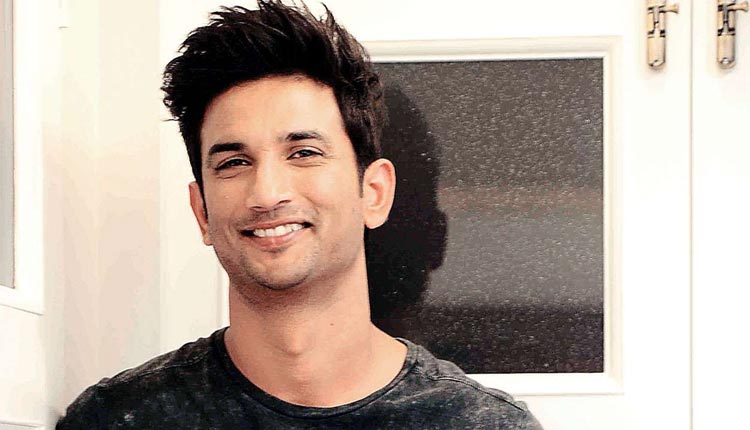 The actor was found hanging at his Bandra residence in Mumbai, said police reports.

Meanwhile, police have reached his apartment and started the investigation. However, the exact reason behind his death is yet to be revealed. It is being rumoured that Sushant wasn’t feeling well since the last few days.

Earlier on June 9, Sushant Singh Rajput’s former manager Disha Salian allegedly committed suicide by jumping off the 14th floor of a building in Malad, Mumbai. Though the reason behind the suicide is yet to be ascertained, close friends of Disha while interrogation had revealed that she was suffering from depression.

34-year-old actor Sushant on June 3 had written an emotional note for his late mother on his Instagram post. Remembering his mother, Sushant shared a picture collage and wrote, “Blurred past evaporating from teardrops. Unending dreams carving an arc of smile and a fleeting life, negotiating between the two. #माँ ❤️”

Blurred past evaporating from teardrops Unending dreams carving an arc of smile And a fleeting life, negotiating between the two… #माँ ❤️

Sushant debuted as actor with Ekta Kapoor’s daily soap Kis Desh Mein Hai Mera Dil and rose to fame as ‘Manav’ of Zee TV’s Pavitra Rishta. He got his break in Bollywood with ‘Kai Po Che!’ in 2013. ‘M.S. Dhoni: The Untold Story’, ‘PK’, ‘Shuddh Desi Romance’, ‘Kedarnath’, ‘Chhichhore’ are his other movies. He was last seen in Netflix movie ‘Drive.’

Meanwhile, condolences poured in following the sudden demise of the young actor.

Sushant Singh Rajput…a bright young actor gone too soon. He excelled on TV and in films. His rise in the world of entertainment inspired many and he leaves behind several memorable performances. Shocked by his passing away. My thoughts are with his family and fans. Om Shanti.

Not fair Sushi! One week everything changed! Not fair my baby! pic.twitter.com/aEnWaOlrXR

He loved me so much…I will miss him so much. His energy, enthusiasm and his full happy smile. May Allah bless his soul and my condolences to his near and dear ones. This is extremely sad….and so shocking!! pic.twitter.com/skIhYEQxeO

The news of Sushant Singh Rajput’s death is truly sad. What a tragic loss🙏 Deepest condolences to his family & loved ones. May his soul find eternal peace.

At a loss for words.. So shocked to hear about #SushantSinghRajput’s demise. My condolences with his family.

At a loss of words. Extremely tragic and upsetting to hear. We will all miss you immensely. My heart goes out to his family and loved ones. May his soul rest in peace 🙏 #SushantSingh #SushantSinghRajput

So shocking and unable to believe this.. Sincere condolences and prayers to the family of #SushantSinghRajput. RIP. May God bless your soul 🙏

Sad to hear about the sudden demise of #SushantSinghRajput. An exemplary actor who will be missed by all. Praying for strength to his family and friends in this difficult time. pic.twitter.com/F7V5rpnMFe

Honestly this news has left me shocked and speechless…I remember watching #SushantSinghRajput in Chhichhore and telling my friend Sajid, its producer how much I’d enjoyed the film and wish I’d been a part of it. Such a talented actor…may God give strength to his family 🙏🏻

Had a glass of juice in his Bandra house at 9 am, apparently. Then hanged himself. Apparently he had become extremely edgy, reckless, and depressed. #SushantSinghRajput

Stunned & terribly saddened at the sudden ending to a promising life & career in the movies, at its prime. Cannot imagine what torment this very successful young man must have been in for it to come to this. May his soul rest in peace.#SushantSinghRajput

Saddened to learn about the sudden demise of actor #SushantSinghRajput. Pray for peace to the departed soul and for strength to the bereaved family in these difficult times.

Shocked and sad to hear about the loss of Sushant Singh Rajput.
Such a young and talented actor. My condolences to his family and friends. May his soul RIP. 🙏 pic.twitter.com/B5zzfE71u9

Shocked to hear about Sushant Singh Rajput. This is so difficult to process. May his soul RIP and may god give all the strength to his family and friends 🙏

Sushant, you were too young and brilliant to have gone so soon. I’m so sad and upset knowing that we lived in an environment that could not help you through any troubles you may have had. May your soul rest in peace. pic.twitter.com/RzLrdJ4keX

This is heartbreaking….I have such strong memories of the times we have shared …I can’t believe this ….Rest in peace my friend…when the shock subsides only the best memories will remain….💔 pic.twitter.com/H5XJtyL3FL

Just heard the shocking news about @itsSSR. My deepest condolences to his family. May god give them strength. I still find it hard to absorb.

U will be missed … #RIPSushant

Shocked beyond words… Numbed beyond expression! This tragic news is extremely difficult to digest… Your journey had just begun & far from complete… With a weeping & heavy heart, I bid you farewell… Your smile will be eternal. Rest in Peace.🙏 #SushantSinghRajput pic.twitter.com/E7aQTEHMb6

In a further development, Mumbai police have confirmed that Sushant Singh Rajput committed suicide. Filmfare Tweeted the confirmation on its official handle.

Official statement of Mumbai Police-
“#SushantSinghRajput has committed suicide, Mumbai Police is investigating.
Police has not found any note yet.”

Shortly after Sushant Singh Rajputs death, the actors official team issued a statement urging fans to remember him for his life and work, and appealing everyone to respect his “privacy at this moment of grief”.

“It pains us to share that Sushant Singh Rajput is no longer with us. We request his fans to keep him in their thoughts and celebrate his life and his work like they have done so far. We request the media to help us maintain privacy at this moment of grief,” his team said in a statement while officially confirming the news of his death.

Morever, after news of the Bollywood actor committing suicide at his residence in Mumbai, the condition of his father who lives in Patna’s Rajiv Nagar colony has deteriorated.

A huge crowd has gathered at his Patna residence. They said the condition of the actor’s father Krishna Kumar Singh has deteriorated and he is not in a position to speak.

Lakshmi Devi, the caretaker of Sudhant Singh’s Patna residence, said the news of his death came through telephone. She said Sushant Singh’s elder sister who lives in Chandigarh is on the way to Patna.