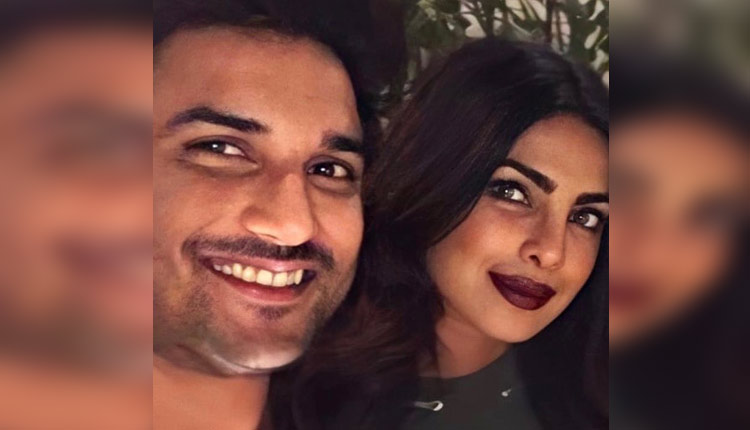 Priyanka Chopra’s rise in Bollywood and Hollywood is nothing short of an inspiration for the current young strugglers especially those who have no backing in this industry. Her win at the Miss World competition paved her way into the Hindi film industry and she debuted through The Hero: Love Story of a Spy in 2003 opposite Sunny Deol. Right from the start, the actress proved her mettle and in a career spanning around 18 years has won most of the awards including a National Award.

With her talent and commitment, Priyanka managed to become one of the best and the highly paid actresses in Bollywood. All the big banners including YRF, Dharma Productions, Sanjay Leela Bhansali, and more were eager to cast her and contributed to taking her career to new heights. But things changed when news about her affair with none other than the Badshah of Bollywood, Shah Rukh Khan surfaced.

Rumours also suggested that SRK married PeeCee privately and she is his second wife. No one knows the truth about their affair. However, one thing is clear that all this did not go down well with Shah Rukh’s wife Gauri Khan who has a very good rapport with the inner circle of the B-town including the inner girlie gang of Sussane Khan, Malaika Arora, Kareena Kapoor Khan and more. And this gang is led by none other than Karan Johar. Together these people made sure that Priyanka is outcast from the film industry similar to what Sushant Singh Rajput faced and was forced to commit suicide.

Priyanka Dared To Venture Into Hollywood

The actress who was earlier a part of big banners could now see her career crumbling as no big banners were coming forward to sign her fearing the wrath of the supposed A-listers in Bollywood. She stopped getting good roles and had to compromise as a side actress for Sanjay Leela Bhansali’s Bajirao Mastani. But instead of succumbing to such peer pressures the desi girl decided to knock the doors of Hollywood, tried hard, and debuted through Quantico on international entertainment platform.

Married to Nick Jonas, Priyanka has now acted in several Hollywood movies like Baywatch, A Kid like Jake, and Isn’t It Romantic. Her story is that of courage and grit who decided to stretch her horizons instead of bowing down in despair.