Rishi Kapoor Was One Actor Who Dared To Refuse Favors From Dawood Ibrahim During Eighties; Details Inside 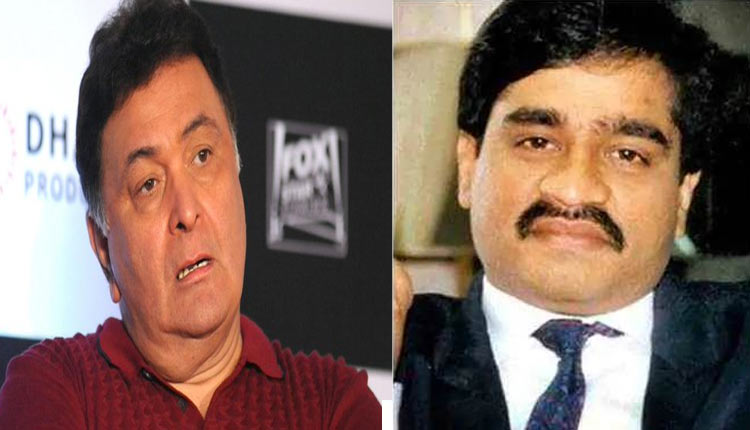 Underworld Don Dawood Ibrahim hit the headlines a couple of days ago when he reportedly was hospitalized for coronavirus symptoms along with his wife. The notorious goon who has been living in Karachi, Pakistan since some time after having left his regular place in Dubai attracted a lot of attention during the eighties due to his closeness to Bollywood. Many believe that Dawood was behind the Bombay bomb blast and many other such criminal activities.

But what was discussed widely more than three decades ago was Dawood’s connection with Bollywood stars. His linkup with actresses like Mandakini and Anita Ayub was also one of the much-discussed topics in those days.

KL Rahul Is Happy To Be Back in Blue and Doing Group Sessions; Is Athiya Shetty Missing…

Rumours indicated that due to his hold over the underworld, these stars from the Indian film industry could never say no to him and attended and performed at parties and functions to please the Don. But there was one actor who refused to take favours from him and that was none other than late Rishi Kapoor.

Dawood Wanted To Befriend Rishiji, But The Actor Refused Politely

Rishi Kapoor is known for speaking his mind out and never feared anyone. Rather he was one of the bold celebrities on Twitter who did not mince words when it came to expressing his opinions or commenting on someone. In his biopic Khullam Khulla, Rishi has written two incidences when he had the chance to meet Dawood Ibrahim.  During one of the incidence, the Karz actor was in Dubai to be a part of the Asha Bhosle-RD Burman night and was approached by a Dawood aid at the airport.

The man immediately called his boss and told Rishiji that Dawood would like to talk to him. The Don invited him to his place in Dubai and sent for a Rolls Royce for picking him and his friend. The head of mafia then entertained Rishiji with his exploits and even offered to serve tea and biscuits or alcohol. During this same meeting, Dawood admitted that he had killed a man in Mumbai court and its story became the base of Sunny Deol starrer Arjun in 1985.

At the end of this meeting, Dawood said, “If you need anything at all, any money, anything, just feel free to ask me.” But the actor declined. The next time Rishi Kapoor met Dawood Ibrahim was when he was shopping with wife Neetu for shoes at a Lebanese store. Surrounded by around 10 bodyguards, yet again Dawood approached Rishi Kapoor and offered to buy him something but the actor declined even the second time.

In the days when big stars like Anil Kapoor and Salman Khan were reportedly seen with Dawood or his relatives and big names like Gulshan Kumar got shot for refusing him, Rishi Kapoor’s stand was quite courageous. Even his close friend Rakesh Roshan was attacked after he refused to give in to the demands of the mafia.

KL Rahul Is Happy To Be Back in Blue and Doing Group Sessions; Is Athiya Shetty…

Shaheer Sheikh Gets Engaged To GF Ruchikaa Kapoor, Know Who She Is