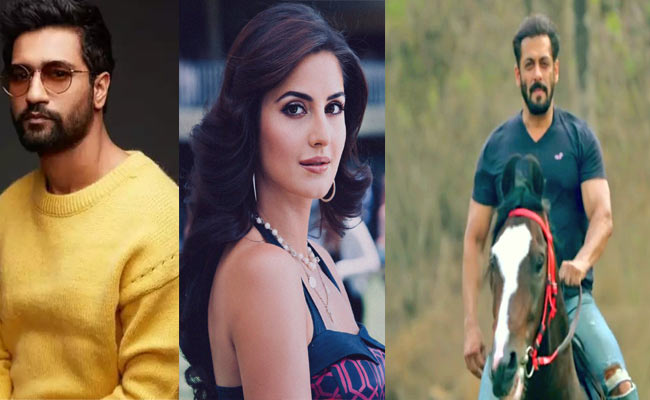 Over the years Salman Khan has launched many actresses and actors in the Hindi film industry- from Zarine Khan, Sneha Ullal, Sooraj Pancholi to Katrina Kaif, Athiya Shetty, Ayush Sharma and Sonakshi Sinha. But none of these actresses were as successful as Katrina. Many believe that the actress was one of the biggest things to happen in Salman’s life after his breakup with Aishwarya Rai.

Although there have been rumors about Salman Khan and Katrina Kaif’s affair many believe that she has been his muse and nothing more. Even then Salman always had a big influence on the Chikani Chameli and the actress has also accepted that Salman always had her back. There was a time when things were not as good between them as Katrina fell in love with Ranbir and even started living with him.

There was a rough patch between Salman and Katrina’s friendship for almost two years when she was close to Ranbir. Post her break up the Khan family accepted her back in their fold and everything went back to normal. Now it seems she is once again at the risk of losing Salman Khan’s favor as rumors about her linkup with Vicky Kaushal have started circulating since last year.

Neither Vicky nor Katrina has denied or accepted anything. But this has possibly unsettled her equation a bit with Salman Khan. As everyone knows, Jacqueline Fernandez got her biggest break when Salman roped her for Kick. Lately, he has grown as supportive of her as he has been for Katrina since her debut in Bollywood. For more than a month Jacqueline is staying with Salman and his family at his Panvel farmhouse amid lockdown.

From admiring her posts, sharing her latest releases to now doing a musical Tere Bina with her, Salman’s closeness with Jacqueline can prove bothersome to Katrina Kaif as she stands to lose many big projects after losing his favor. The video of Tere Bina itself reveals how comfortable Salman and Jacqueline are with each other. Already Salman is now moving on to fresh and young actresses like Pooja Hegde and Disha Patani who will be starring in Kabhi Eid Kabhi Diwali and Radhe respectively.

Salman is now moving on to fresh and young actresses like Pooja Hegde and Disha Patani who will be starring in Kabhi Eid Kabhi Diwali and Radhe respectively.

So is Katrina’s inclination towards Vicky Kaushal damaging her ever-so-good equation with Salman Khan?