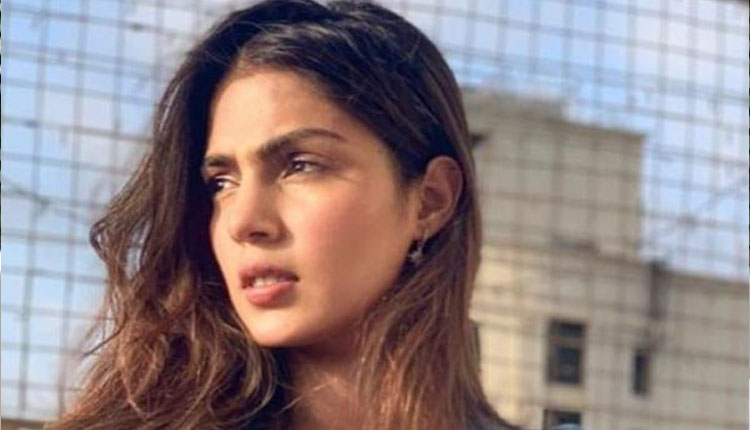 Sushant Singh Rajput’s suicide continues to be a topic of hot discussion among his fans, publicists and media. The police are doing their job but it seems fans and many Bollywood stars are not convinced and are now demanding a CBI investigation. They have alleged that there might be something fishy about Sushant’s death and the entire case should be investigated thoroughly.

Surprisingly, Sushant’s family is not making any such claims. But they have accepted that he was indeed planning to marry in the upcoming few months. Jalebi actress Rhea Chakraborty who was grilled for almost 11 hours by the Bandra police, has accepted in her statement that she and Sushant were in a relationship and was planning to get married.

According to reports, in her statement, the actress has clearly stated that Sushant was mentally unstable and was taking medication for depression. She has also said that her mentor, famous director Mahesh Bhatt had told her to leave Sushant because his mental condition was not stable and it will surely affect Rhea badly. Fans were outraged by such a revelation by Rhea Chakraborty accusing her of purposely indicating that Sushant was out of mind.

Not only, Rhea, but even the Bhatt family has also been targeted for their statements and many fans have even questioned the relationship between Rhea and Mahesh Bhatt. During this entire onslaught, the family of Rhea remained quiet. But now a tweet by her mother Suhrita Das which was made on the day Sushant died has become viral in which she is revealing how hard Rhea fought to keep up with the instability of Sushant.

Wasn’t Mahesh Bhatt or Siddharth Pithani enough? Now @Tweet2Rhea‘s mother also joined hands in order to prove him mad! How mean how can a mother stoop down so low? #cbiforsushant pic.twitter.com/eMAzkpddhs

The gist of the entire tweet is that Rhea used to consult Mahesh Bhatt every time she was worried about Sushant getting distressed or frustrated. Suhrita confirms that Bhatt Saab asked Rhea to quit on their relationship or else it will affect her very badly. While the woman claiming to be Rhea’s mother has called Rhea a strong woman for fighting hard to keep up with Sushant, many users even have said that she is a paid writer of Bhatt camp who has been hired to portray Sushant Singh Rajput as a mentally unstable person.