The Hindu month of Jyeshtha is a busy one for Lord Jagannath. It is packed with festivals and special rituals which culminate with the grand Ratha Yatra. On the eleventh day of the waxing moon in the month of Jyeshtha, Rukmini Harana Ekadashi is celebrated. It is Lord Jagannath’s marriage to Devi Lakshmi. The lord is in his happiest mood. It is the most auspicious time for devotees to seek the Lord’s blessings.

The full moon comes just a few days later. This day is Snana Purnima, or Deba Snana Purnima. According to the Skanda Purana, King Indradyumna arranged for a grand ritual bath for the deities after installing them in the newly built temple. Since that day long, long ago, Lord Jagannath, His brother Lord Balabhadra and sister Devi Subhadra have an elaborate ritual bath on Snana Purnima. The day is also celebrated as Lord Jagannath's birthday.

For the first time in the year, the gods come out in a procession from the sanctum or garbhagriha of the Temple. Lord Jagannath, Lord Balabhadra, Devi Subhadra, Sudarshan and Sri Madanmohan are placed on the Snana Bedi platform near the Temple’s eastern boundary wall. They stand out in the open. Devotees can see them and the bathing rituals from the Bada Danda or Grand Road. It is believed that watching the Snana Purnima rituals cleanses devotees of all sins.

Rath Yatra Amid Covid: Can't Puri Model Be Replicated In Other Ancient Jagannath Temples In Odisha?

The Satyabadi Movement And Sakhigopal

Having a bath is not a simple matter for gods. The bathing rituals take the entire day. Priests chant long mantras as they pour 108 pots of sanctified water over the wooden deities. In the evening, Lord Jagannath is dressed as a black elephant while Lord Balabhadra wears the mask of a white elephant. This beautiful costume is known as Gajanana Besha or Hati Besha. This is linked with the Hindu practice of beginning every religious ritual with an invocation to Lord Ganesha. This unique costume is connected with a scholar from South India named Ganapati Bhatt, who visited Puri hundreds of years ago. The King of Puri invited him to view Lord Jagannath’s Snana Yatra. But Ganapati Bhatt refused because he worshipped only Lord Ganesh. The King insisted. So in order to please the king, Ganapati Bhatt reluctantly went to have darshan. He expected to see Lord Krishna. But was surprised to see Lord Ganesha as a black and a white elephant. Ganapati Bhatt realised that the gods showed their divine love and compassion by appearing to him in the form he worshipped. Lord Jagannath, a manifestation of Lord Vishnu, and Lord Balabhadra, an aspect of Lord Shiva, graciously showed Ganapati Bhatt how all gods are reflections of the Supreme Divine. Since then, the tradition of the Gajanana Besha has continued.

Washing away the sins of devotees requires an enormous amount of spiritual energy from the deities. Out of endless love for devotees, they stand outside all day so that everyone can view them. Monsoon rains often drench them along with the cold water that is poured upon them. By the end of these rituals, the gods fall sick. They are kept in isolation for two weeks in a special sick room in the temple. The Raj Vaidya and his assistants treat the deities with Ayurvedic medicines and care for them through this period, known as Anasara. 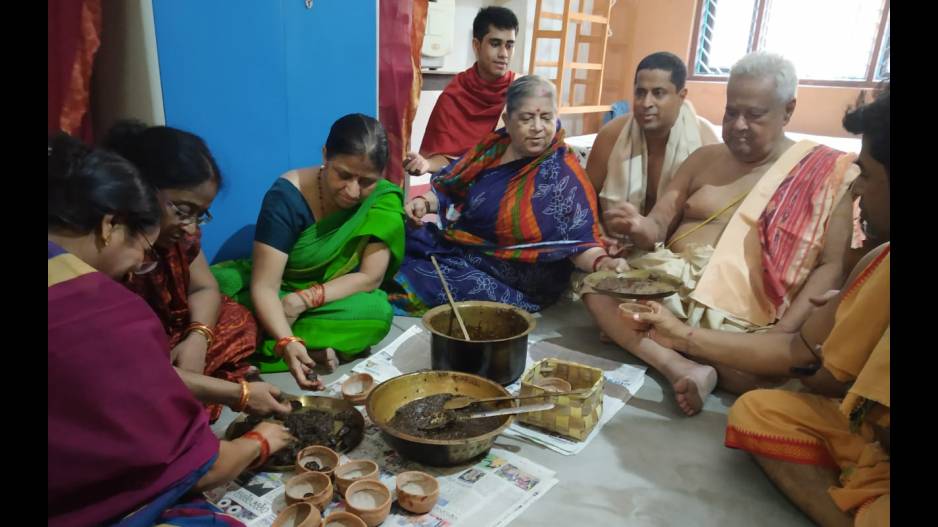 During these two weeks, they do not appear before devotees. But devotees are never denied. Pattachitra paintings of them are displayed in the Temple for them. Many visit the Alarnath Temple in nearby Brahmagiri. Lord Jagannath is believed to manifest Himself there during the Anasara period. 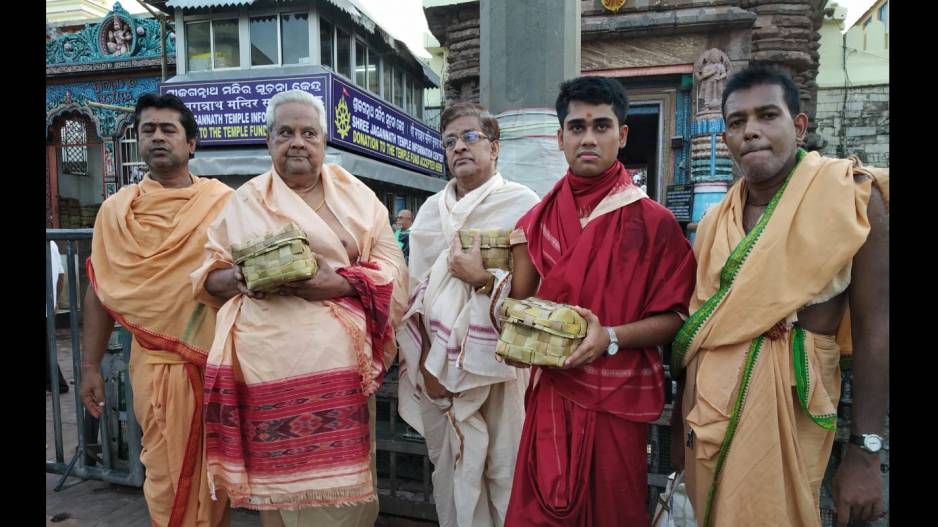 It is as though the gods show their infinite love and compassion by empathizing with human illnesses. This is particularly relevant during the current Coronavirus pandemic, with so many people sick and dying. Two weeks quarantine is an important requirement for humans. The gods have felt the pain of devotees since time immemorial.

Interesting parallels of such very human traits in the deities can be found in the Pushtimarg sect founded by the saint Vallabhacharya in the 16th Century. Pushtimarg is based on Bhagwata Purana scriptures. Vallabhacharya came from Andhra Pradesh to Puri, where he meditated, interacted with local saints and absorbed the culture of Lord Jagannath. He later went to distant Rajasthan, and founded the Pushtimarg sect. His philosophy was based on the premise that the Supreme Divine is too vast for ordinary humans to understand through intellectual analysis. We can only hope for salvation by appealing to divine love or Pushti.

This divine love appears to us through endearing human traits of the deities. Pushtimarga does not stress on asceticism, and holds that the way to spiritual salvation is through a celebration of earthly life. Srinathji of Nathdwara in Rajasthan, is the chief deity of this sect. Lord Srinathji is a form of Sri Krishna or Lord Vishnu. Lord Jagannath is also a form of Sri Krishna and Lord Vishnu. Lord Srinathji is worshipped as a seven year old boy. To devotees, the idol of Srinathji is not a stone image. It is a living, vivacious divine child, who is regularly fed, bathed, dressed, sent out to play, and gives darshan to devotees eight times a day.

Some of the beautiful pichwai paintings of Nathdwara present Srinathji as a little boy being bathed by priests. Tears flow from his eyes because he doesn’t like the cold water at all. Lord Jagannath is an adult, but the cold water makes Him fall sick.

Such connections show that the vast land of India was always linked spiritually.

(DISCLAIMER: This is an opinion piece. The views expressed are the author’s own and have nothing to do with OTV’s charter or views. OTV does not assume any responsibility or liability for the same. The author can be reached at monideepawrites@gmail.com.)