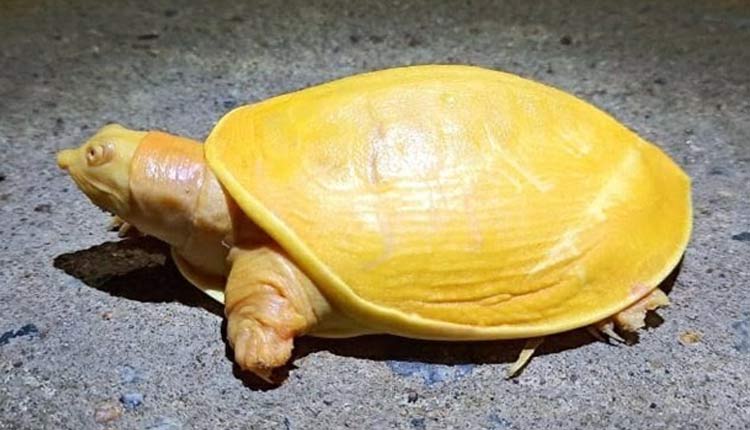 Bhubaneswar: A rare yellow turtle was spotted and rescued in Odisha’s Balasore district, said an official on Monday.

Basudev Mahapatra spotted the rare turtle when he was working in his fields and brought it to home. Later, he handed over the turtle to the forest officials.

“A rare yellow turtle was spotted & rescued in Balasore, Odisha yesterday. Most probably it was an albino. One such aberration was recorded by locals in Sindh few years back,” tweeted Susanta Nanda, senior IFS officer and chief executive of Chilika Development Authority.

Sharing the pictures of this turtle, Nanda said it also appeared to have pink eyes, a feature than indicates albinism.

Close snap of the same. Mark the pink eyes, one indicative feature of albinism. pic.twitter.com/MfXrXVYbfH

Bhanoomitra Acharya, Wildlife Warden, was surprised upon seeing the turtle and told news agency ANI, “The whole shell and the body of the rescued turtle is yellow. This is a rare turtle. I have never seen one like this.”