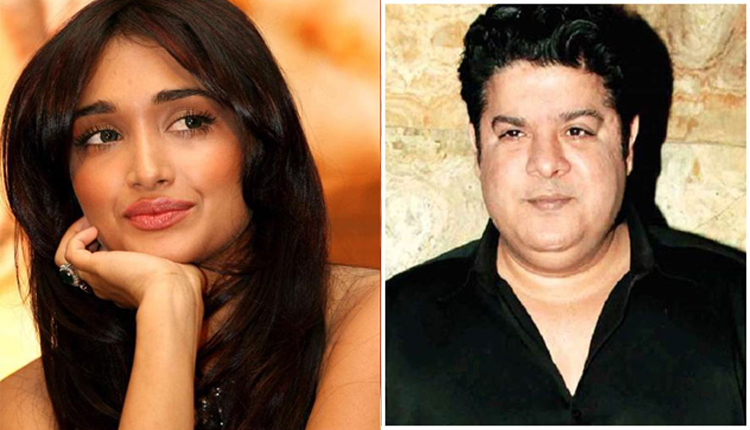 Late actor Jiah Khan’s sister Karishma has accused filmmaker Sajid Khan of sexual harassment in BBC’s documentary investigating the death of Jiah. Karishma leveled sexual harassment allegations on Sajid during the filming of ‘Houseful’ and even trying to harass her.

In the documentary titled ‘Death in Bollywood’, Karishma shared that Jiah was asked to strip her top during the script-reading session. “When she was asked by Sajid Khan to take her top off, she came home and cried. She didn’t know what to do and she said ‘the filming hasn’t even begun yet and this is happening. ’‘I have a contract, so if I leave, they can sue me and slander my name. If I stay, then I am sexually harassed.’ It was a lose-lose situation,” Jiah’s sister said.

Reminder that Sajid Khan is not in jail yet. pic.twitter.com/cZ5I8Rrys0

She is Jiah Khan sister !!! Listen what she said about Sajid Khan!! pic.twitter.com/Y9ulavN5Qp

Karishma also recalled the filmmaker trying to make advances at her but was stopped by her sister Jiah as she jumped to her defense.  She shared that when she was 16 years old, she accompanied Jiah to a party. She was wearing a tube top and when she bent to pick up something, Sajid commented that she was asking for sex. Even though her sister defended her there and they left the party early, this incident left her scarred and traumatized.

This clip from the documentary has gone viral with a caption as “Reminder that Sajid Khan is not in jail yet.”

Director Sajid Khan has been in the limelight ever since the #MeToo movement gained speed in the country and a number of women came forward to accuse him of sexual harassment. Multiple women have accused him of inappropriate gestures and requests to strip in return for a role. Sajid Khan had to step down as a director from Housefull 4 owing to multiple accusations.