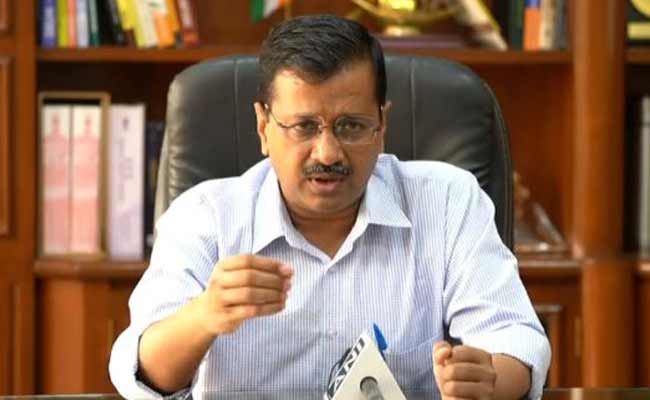 New Delhi: Delhi Chief Minister Arvind Kejriwal on Wednesday said that Rs 1 crore will be given to the family of a health care professional if he or she died while dealing with coronavirus (COVID-19) patients.

Arvind Kejriwal made the announcement while addressing the concerns of city doctors through videoconferencing and lauded them by saying that they were no less than soldiers fighting on the borders.

He said that just as his government is giving Rs one crore to the family of security personnel who die on duty, families of doctors, nurses, paramedical staff and sanitation workers will also be given an equal amount if they died while dealing with corona patients.

“The amount is nothing compared with the efforts you are putting in. But this will be the country’s way of thanking you for your services and showing that we respect your efforts,” Kejriwal said, adding even Rs 100 crore is nothing before the efforts made by the medical professionals.

“Whether they are from private or government sector — it doesn’t matter. Their families will be provided Rs 1 crore each as a mark of respect for their services,” he said.

The step was taken after two mohalla clinic doctors and an oncologist from Delhi State Cancer Institute tested positive.

Kejriwal also announced that he has ordered for stricter security deployment after doctors informed him about COVID-19 patients behaving in an aggressive manner, besides directing to trace the phone locations of those put on home quarantine.

The Chief Minister said in a media briefing that doctors have informed him about the lack of personal protective equipment (PPE) and he has requested the Centre and all medical suppliers to provide the same.

“I spoke to the doctors today and received many suggestions from them. Security is the main issue which they told me about. There are some patients who are very aggressive. Yesterday, a patent attempted suicide at a city hospital. The doctors had to run to save the person as no one else is ready to touch a coronavirus patient,” the Chief Minister said.

Kejriwal said that he has directed the Delhi Home Department to deploy more security personnel at the hospitals across the city.

He said there is a lack of PPE and testing kits, adding: “I will urge the Centre to provide the same.”

Kejriwal also said that the government will use technology to trace the people being asked to be on home quarantine.

“Many developed countries are using technology to map the movements of the suspected cases. We have asked the Delhi Police to help us do the same,” he said.

Kejriwal said that on Tuesday, over 11,000 phone numbers were given to the police for tracing their movements and the people they were meeting.

“With the help of the police, we will trace the phones of the people who have been directed by the government to stay at home. We will be giving 14,345 more mobile numbers to the police today for tracing. The police will see where all the people have gone even when they have been asked to stay at home,” the Chief Minister said.

He added that those flouting the directions will be dealt with strictly.

Baijal had instructed that home quarantine has to be strictly monitored and technology should be used for its effective monitoring to stop further spread of the dreaded virus.

At present, more than 20,000 homes in Delhi have been identified by the government for home quarantine.

The directive came after reports emerged that people were roaming around and meeting others despite being asked to stay at their homes.

Meanwhile, Delhi Police launched a ‘COVID Patrol’ squad to make people aware of the coronavirus, its prevention and to ensure enforcement of the lockdown in the national capital.

The patrol has 40 motorcycles and is initially confined to south Delhi areas.

The personnel posted on the team, riding yellow motorcycle with ‘Covid-19’ written in red, will visit different areas and make people aware of the importance of the lockdown and also ensure it is strictly enforced, ACP Anil Mittal, the spokespersons for Delhi Police, said.

Primarily, the patrol squad has been constituted to make people aware of the laws related to control of epidemics, coronavirus and the ways to contain its spread.

The team members will make announcements regarding the same and can reach areas and people otherwise inaccessible to bigger police vehicles.

The patrol personnel will also keep an eye on commercial vehicles plying under suspicious circumstances in Delhi as well as check police patrolling Delhi’s borders.