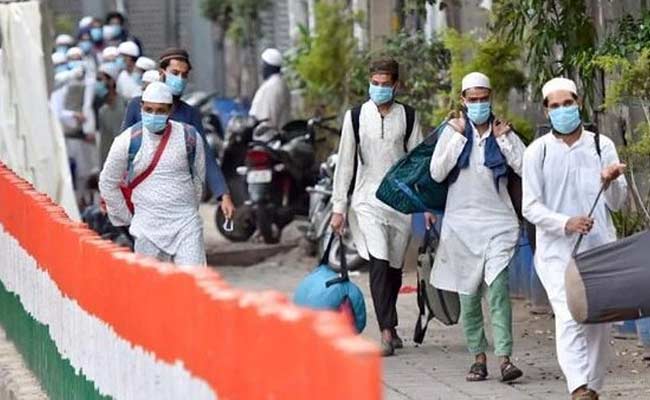 New Delhi: Delhi Health Minister Satyendra Jain said on Tuesday that 24 people have been found corona positive in the Nizamuddin markaz that has turned into ground zero of the new cases spiralling out of control following an ijtima in mid-March.

Giving details of the case reported in Nizamuddin, Jain said that the government is not certain of the number but it is estimated that 1,500-1,700 people had assembled at the Markaz building.

The Markaz, also known as Banglewali Masjid, is a six-storey building complex that can house up to 2,000 people. It shares its wall with the Nizamuddin police station and is adjacent to the famous shrine of Khwaja Nizamuddin Auliya. Starting March 13 there was meeting held here with people from Kashmir to Andaman islands attending it, besides Saudis, Thais, Indonesians, that has seen already six alone die in Telangana after their return.

A high-level meeting was held at the residence of Delhi Chief Minister Arvind Kejriwal over the situation pertaining to the corona spread in the markaz building, 24 hours after the news of the Tablighi spread like wildfire.

Deputy Chief Minister Manish Sisodia and Health Minister Satyendra Jain and other officials were present in the meeting.

According to Delhi Police sources, with the assistance of the Health Department around 800 people have been shifted from the Markaz building in Nizamuddin to hospitals. Around 300 people are yet to be evacuated.

Intense sanitization is underway in the Nizamuddin basti area. The Jawaharlal Nehru stadium is also being prepared as a contingency plan for creating capacity for isolation.

The Nizamuddin dargah it is clarified has no connection with the Tablighi Jamat Markaz of Nizamuddin. The dargah had stopped gatherings in line with advisories during the second week of March. The Markaz is half a kilometre away from the dargah.