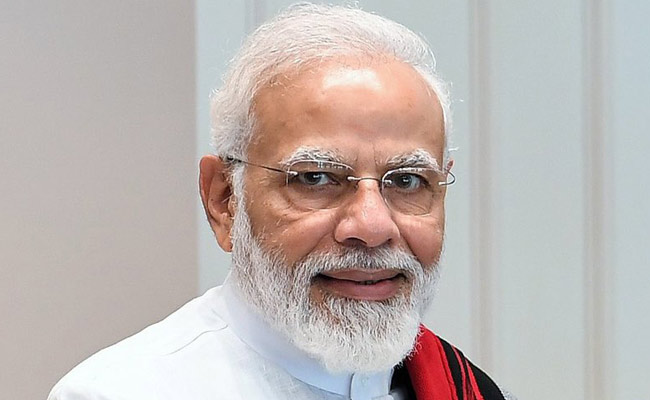 Interacting with representatives of social organisations through video link, PM Modi said the nation was facing an “unprecedented crisis and needs their service and resources like never before.”

These organisations, he said, could play a huge role in arranging basic necessities for the poor, and by dedicating their medical facilities and volunteers to serve patients and the needy.

The nation needed both short- and long-term vision to overcome the challenge, he said.

Observing that people have been seen gathering and flouting social distancing norms in the name of belief, PM Modi urged them to help counter superstitions, beliefs and misinformation.

The Prime Minister noted the nation was displaying immense resilience, grit and patience in facing the Covid-19 challenge that has claimed 29 lives and infected over 1,000.

Representatives from social organisations spoke at length about how they are working to fight Coronavirus. They are spreading awareness, emphasising on social distancing, feeding the poor and more. Their proactive efforts are laudable. #IndiaFightsCorona

Recalling Mahatma Gandhi‘s words that serving the poor and downtrodden is the best way to serve the nation, the Prime Minister praised the dedication and commitment of the participating organisations to serve humanity.

Prime Minister said these organisations had three distinct specialities — humane approach, massive reach and connect with people and a service mindset — due to which they were trusted implicitly.

The representatives of social welfare organisations praised the Prime Minister for navigating a complicated situation with dexterity and lauded the pro-active measures, which had been effective in controlling the coronavirus spread.

Pledging their support for the PM-CARES fund, they said their workforce would be dedicated to the cause of serving the nation.

Modi reiterated the importance of spreading awareness, helping the poor and needy with arranging basic necessities, medical facilities and dedicated volunteers to the cause.

He stressed the importance of medical and scientific advices and countering misinformation.

Advisor to the Prime Minister and the NITI Aayog CEO also participated in the interaction.

With showrooms in Connaught Place remaining closed due to the nationwide lockdown to prevent the spread of coronavirus, traders of the area have decided to contribute to the government’s efforts to help the economically weaker sections during these testing times.

The traders’ body in the area has decided to help a restaurant in Connaught Place which is supplying free food to the security guards, policemen, NDMC workers and others for about three days now.

The restaurant named Qba in Connaught Place’s E block on Saturday decided to provide free food to the security guards in the market place who could not return to their hometowns before the lockdown was announced.

Seeing the number of starving people on the streets in the area, apart from the security guards, the restaurant owner decided to offer free food to anyone who walked up to their outlet. Within a few hours, the word spread through social media, as the restaurant supplied over 160 food packets on the first day itself.

Speaking to IANS, President of the New Delhi Traders’ Association, Atul Bhargava, said, “During the curfew, it was observed that in CP many guards and street dwellers were starving. So we along with Qba restaurant have decided to serve free food to these people.”

Bhargava said that the offer has now been extended to the policemen and NDMC workers in the area keeping in mind proper sanitation facility.

On Sunday, the restaurant distributed over 250 food packets.

“On Monday, NDTA’s Good Samaritan Kitchen in association with our member restaurant QBA distributed biscuits in the morning, followed by 400 lunch packets. We are ready to serve 300-400 dinner packets. We have also stocked 500 bananas to be given daily to the hungry people between the meal hours so that nobody remains starved in and around CP,” Amit Gupta, executive member of NDTA, said.

The traders’ body has stocked ration to support restaurant in its cause and Bhargava claimed that if needed, the traders will pitch in with financial support also.