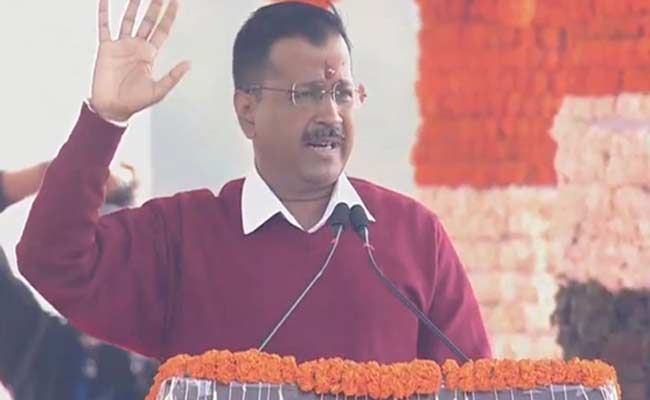 “Not my victory. It’s the victory of every Delhi citizen. It has been our endeavour over the past five years to see how we can make a positive change in the lives of every Delhi resident,” said Kejriwal after the swearing-in.

Kejriwal said that it’s time to put the bitterness of elections behind and look forward. “I’m everyone’s chief minister — for AAP, BJP, Congress and all parties, I have never discriminated against anybody in my previous tenure, ” Kejriwal said.

Except for Gopal Rai, who took oath in the name of the nation’s freedom fighters, all the others took it in ‘God’s’ name.

Kejriwal has not altered the composition of his cabinet that comprised the same members during the previous assembly’s tenure.

The AAP stormed back to power in the bitterly fought Delhi assembly elections that took place on February 8. The AAP won 63 of the 70 seats while BJP bagged the remaining 7 seats.