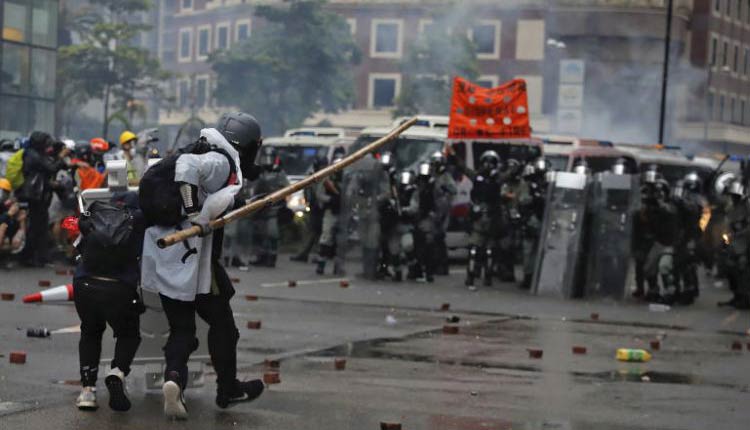 Beijing/Hong Kong: China on Wednesday opened its first office in Hong Kong to implement the controversial national security law, a move which is expected to impact the hundreds of foreign firms which are concerned over the vague language used in the legislation and its implications.

The office for Safeguarding National Security of the Central People’s Government in the Hong Kong Special Administrative Region (HKSAR) was inaugurated on Wednesday, establishing for the first time the presence of China’s security establishment in the former British colony after it came under the control of Beijing in 1997.

The new national security office places mainland Chinese agents in the heart of the territory for the first time.

The office is one element of a sweeping new law that outlaws criticism of China’s government, the BBC reported.

Hong Kong was, until the law was passed, only the part of China and not subject to such policies.

The law has caused alarm in Hong Kong, a global business hub, but officials said it will restore stability after the violent pro-democracy protests.

Opening the office — along with Hong Kong’s pro-China Chief Executive Carrie Lam — Luo Huining, China’s newly appointed deputy director for the city said that the headquarters for safeguarding the national security is “the envoy of Hong Kong’s security” and “the gatekeeper of national security.”

The office will analyse and appraise the national security situation in the HKSAR and provide comments and suggestions for major strategies and policies, as per the law.

As Chinese pressed ahead with the implementation of the controversial law, foreign firms in Hong Kong said they face huge insecurity’ over the national security law, especially over its vague language, broad provisions and clauses stating they could be punished for imposing sanctions.

The companies said that the legislation could be a wake-up call for businesses to re-evaluate their engagement with China, Hong Kong-based South China Morning Post reported.

Company insiders and diplomatic sources said it was too early to assess the impact of the law on business in the financial hub. But the vague language and broad provisions have stoked fear, and may result in huge insecurity for foreign firms particularly a clause stating any person or organisation that imposes sanctions could be punished, the report said.

They said that the legislation could be a wake-up call for businesses to re-evaluate their engagement with China, and it may further complicate Beijing’s diplomatic relations with the West.

The US Congress has passed legislation to penalise banks for doing business with Chinese officials who implement the national security law.

Some US companies have already raised concerns about the potential consequences of Article 29 of the new law, a senior official with a trade association told the Post.

The article states that it is an offence to steal, obtain with payment or unlawfully provide state secrets or national security intelligence to a foreign country, foreign entity or individual outside China.

Under Section 4 of the article, any person or organisation imposing sanctions, or blocking or engaging in other hostile activities against China, including Hong Kong, is committing an offence.

The reference to sanctions could be construed to encompass honouring sanctions imposed by an international institution or one’s home government, said Lester Ross, partner-in-charge of the Beijing office of international law firm WilmerHale.

And the term hostile actions’ is entirely vague and open-ended, exposing subject individuals, companies and other entities to investigation and prosecution for a vast array of activities, he told the Post.

If, for example, a financial analyst reports damaging information about a state-owned enterprise or a journalist reports a scandal, would they constitute state secrets because domestic financial analysts and journalists would be barred from reporting the same? he said.

The section would put foreign firms, especially from the US in a difficult position as they imposed sanctions on China at the request of the US government, the report said.

A deepening rift between Beijing and Washington has seen the US moving to suspend Hong Kong’s special trade status and impose visa restrictions on China’s Communist Party officials believed to be responsible for undermining the city’s autonomy.

According to the Chinese Foreign Ministry, the US alone has 85,000 nationals in Hong Kong working in about 1,300 American companies in the city.

US firms have over 300 regional headquarters and 400 regional offices in Hong Kong.

In the past decade, the US trade surplus to Hong Kong reached USD 297 billion.

Besides US, hundreds of British and EU companies too have their regional headquarters in Hong Kong.