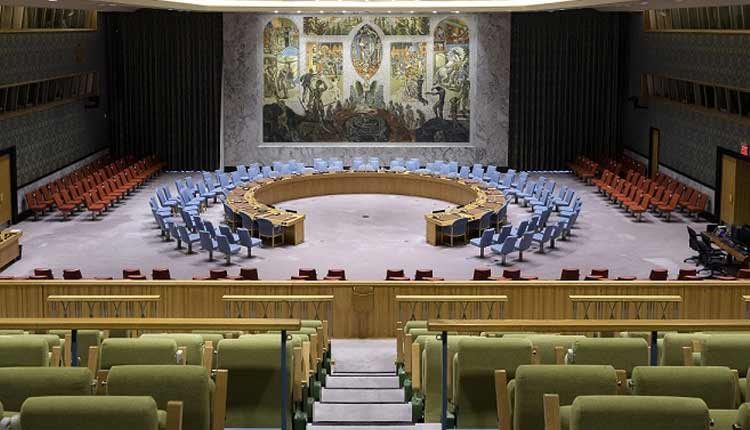 Beijing: China has rejected the US’ request for a UN Security Council meeting to address Beijing’s proposed national security law for Hong Kong, saying that the matter was an internal one that does not concern the world body.

In a statement on Wednesday, the US Mission to the UN denounced that the actions of the Chinese authorities “fundamentally undermine Hong Kong’s high degree of autonomy and freedoms as guaranteed under the Sino-British Joint Declaration of 1984, which was registered with the UN as a legally binding treaty, and the Basic Law”, reports Efe news

“This is a matter of urgent global concern that implicates international peace and security, and warrants the immediate attention of the UN Security Council,” the delegation added.

Washington said that on Wednesday it requested a virtual UNSC meeting but that China “refused to allow” it to go ahead, which it considered “another example of the Chinese Communist Party’s fear of transparency and international accountability for its actions”.

The Chinese delegation responded almost immediately via Twitter, and said that the proposed meeting was “baseless” and that “legislation on national security for Hong Kong is purely China’s internal affairs”.

“It has nothing to do with the mandate of the Security Council,” said China, telling the US to “immediately stop its power politics and bullying practices.”

“Facts prove again and again that the US is the trouble maker of the world,” it added.

The clash is yet another episode in the confrontation between the two superpowers and comes after US Secretary of State Mike Pompeo told Congress earlier in the day that Hong Kong could no longer be considered autonomous from China, which may have serious commercial implications for Beijing given that preferential trading terms depend on this autonomy.

The US mission accused Beijing of trying to “exploit the current global health pandemic to distract the world from its intended assault on Hong Kong and abrogation of its own commitments to the Hong Kong people”.

“This action, coupled with the (People’s Republic of China’s) gross cover-up and mismanagement of the COVID-19 crisis, its constant violations of its international human rights commitments, and its unlawful behaviour in the South China Sea, should make obvious to all that Beijing is not behaving as a responsible UN member state,” it added.

On May 22, a resolution to “prevent, frustrate and punish” threats to national security in Hong Kong was presented to China’s legislature, the National People’s Congress (NPC).

The draft legislation would outlaw acts of secession, subversion and terrorism.

The resolution is expected to be passed on May 28, authorising the NPC Standing Committee, China’s top legislative body, to craft the law and impose it on Hong Kong, bypassing the city’s legislature.