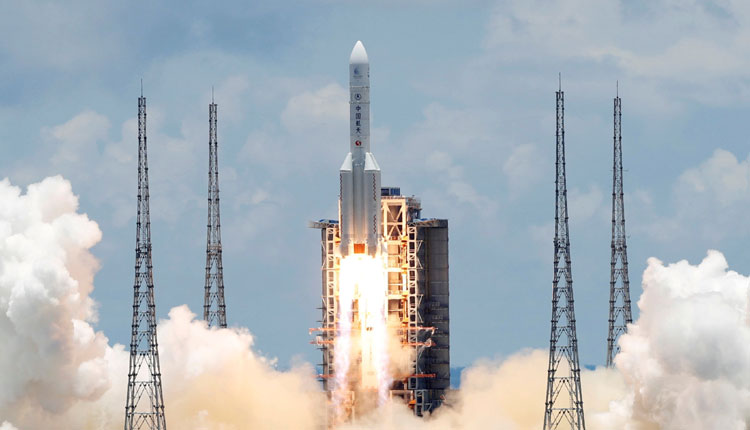 Beijing: China on Thursday launched its first rover mission to Mars. The six-wheeled robot, encapsulated in a protective probe, was lifted by a Long March 5 rocket from the Wenchang spaceport on Hainan Island at 12.40 a.m., the BBC reported.

It should arrive in orbit around the Red Planet in February.

Called Tianwen-1, or “Questions to Heaven”, the rover won’t actually try to land on the surface for a further two to three months.

This wait-and-see strategy will allow engineers to assess the atmospheric conditions on Mars before attempting what will be a hazardous descent.

Tianwen-1 is one of three missions setting off to Mars in the space of 11 days.

Thursday’s development comes after the United Arab Emirates on Monday launched its Hope satellite towards the Red Planet.

Also in a week, NASA aims to despatch its next-generation rover, Perseverance.

So far, only the Americans have managed to run long-lived operations on Mars.