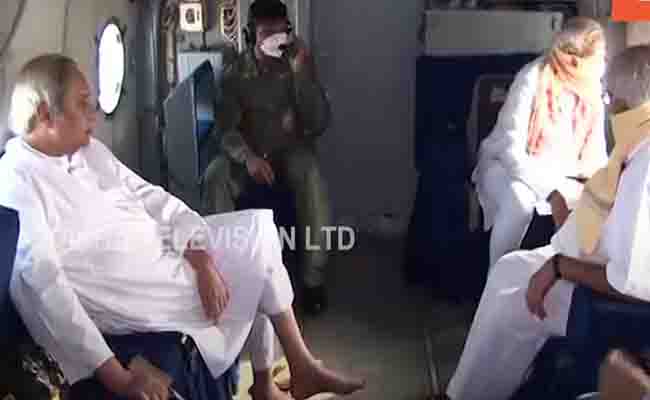 Prime Minister Narendra Modi has come and gone after the customary ‘aerial survey’ of the areas in West Bengal and Odisha devastated by Cyclone Amphan. Chief Minister Naveen Patnaik, who had done the same yesterday, accompanied the PM on the aerial survey today.

The PM, of course, had done the same – making an aerial survey of the cyclone affected areas – last year after ‘Fani’ as well. But the one thing that this columnist has never quite understood is: does an aerial survey serve any purpose in this age of satellite imagery, Google maps and what not? What more could the tech-savvy Prime Minister – or the Chief Minister, for that matter – possibly see during an aerial survey that he could not have seen by just looking at high-resolution satellite imagery sitting in his office in New Delhi or Bhubaneswar?

Of course, one can always argue that there is no substitute for ‘first hand experience’. But that spawns another question. What kind of ‘first-hand experience’ can one have from that height during an hour’s helicopter ride covering hundreds of square kilometers of cyclone-ravaged territory? After all, aerial surveys by VVIPs rarely involve getting down on the ground and witnessing the damage ‘first hand’, do they? And this author is the last person to believe that the PM decided on the Rs 500 crore ‘preliminary assistance’ he announced for the state (Rs 1, 000 crores in the case of West Bengal) before leaving on the basis of what he ‘saw’ during the aerial survey. As anyone with even a cursory knowledge of such matters knows, such things are never decided on the spot. The amount of Rs 1, 000 crores for West Bengal Rs 500 crores for Odisha must have been decided even before the PM left Delhi – based on his government’s assessment of the damage.

For that matter, even the ‘review meeting’ with state government officials that followed the aerial survey, in this author’s view, is a pointless exercise. After all, there is no need to physically sit down with state officials when the PM – and the union cabinet secretary – have been regularly holding such ‘review meetings’ on Corona and even on Amphan through video conferencing. Review meetings in person is a sheer waste of time at the best of times and a particularly avoidable exercise in times of Corona. If the state government had to submit a memorandum asking for an initial grant, email would have been a much better – and of course easier – way of doing it than hand delivering a hard copy.

But it seems these are uncomfortable questions that are best not asked. We have come to accept such things as a ritual – like, say, the Republic Day parade – that must be gone through after every natural disaster, without stopping once to wonder if it serves any purpose. After all, an aerial survey costs the national exchequer a tidy sum, doesn’t it? I think it was the late Indira Gandhi, who started this ritual, which all subsequent Prime Ministers – and later Chief Ministers – have followed with great enthusiasm. It may have served a purpose during Indira’s time when satellite and other technology was not so developed. But there is absolutely no justification for such costly – and pointless – exercise in this age and time.

But try telling that to our politicians and you are sure to get a mouthful. Because they know it does serve a purpose – in fact, two. First, it provides a wonderful ‘photo op’ to our leaders, which is the fuel that keeps Indian politicians going. It is just perfect for a tweet or the opening visual of a TV report on the visit.

Second, it is a wonderful tool to deliver a political message. Cut to May last year. PM Modi was on his first visit to Odisha just days after a bitterly fought election during which both he and Chief Minister used the choicest epithets against each other – with Modi even saying “Naveen Babu, Aap Jaa Rahe Ho” during an election rally in the state. For those who had seen the temperature rise steadily between the two sides during the campaign, the bonhomie between Modi and Naveen seen during that trip must have come as a surprise – even a shock. But it set the tone for what has followed in the days and months since then. Naveen has emerged as the most trusted non-NDA ally of the NDA government. Aerial visits also deliver another kind of political message – this time to the people. What better way is there to show concern for those ruined by the cyclone than visuals of an anxious looking Prime Minister – or Chief Minister – peeping through the window at the devastation down below?

If naysayers (like this columnist) have a problem with that, so be it!