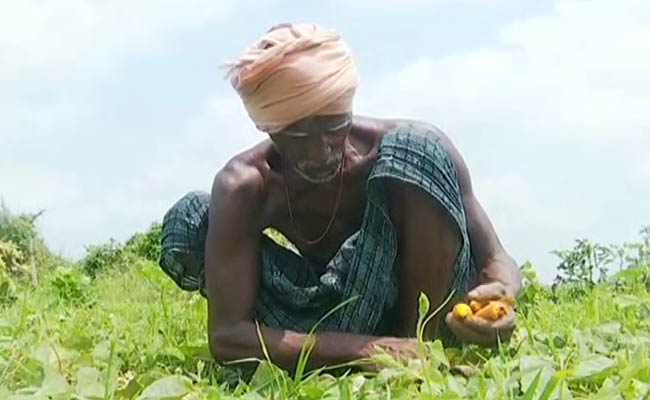 Bhubaneswar: The extremely severe cyclonic storm Amphan which made landfall in neighbouring West Bengal brought large-scale damages to standing crops in several parts of Odisha. The farmers in the districts of Kendrapara, Balasore, Bhadrak and Jagatsinghpur have been worst hit.

In Jagatsinghpur, the cyclone ravaged the betel vineyards causing huge losses to farmers. Bansidhar Swain, a farmer is now a worried man seeing all his investment & labour lying crumpled in front him. “Everything has been lost in cyclone Amphan. I am unable to think from where I would be able to support family now,” said Swain.

Apart from betel vineyards, vegetable crops in Jagatsinghpur and other districts like Kendrapara have been damaged in the gusty wind and heavy rainfall triggered by cyclone Amphan.

“It was harvest time and all the crops have been damaged,” said a farmer from Kendrapara.

Kendrapara Collector, Samarth Verma said, “We will submit a preliminary damage report to the State government in two days.”

Saline water ingress under the influence of cyclone Amphan has also caused extensive damage to sunflower and moong cultivation in Chandbali, Dhamra and Basudevpur blocks of Bhadrak district.

As per reports, rabi crops and other vegetable cultivation have been damaged in Balasore district. Farmers in 231 panchayats have been affected by cyclone Amphan in the district.