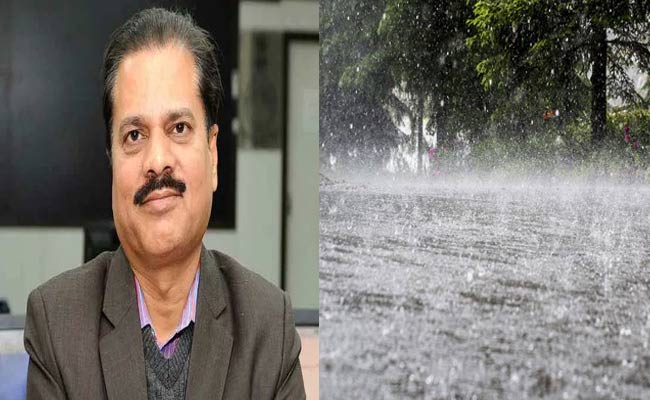 The India Meteorological Department (IMD) has done it again! The ‘desi’ weather forecast agency has proved once again, if any proof was needed at all, that no ‘phoren’ agency comes anywhere close to it when it comes to predicting the course of cyclonic storms – at least in the India seas.

Cyclone ‘Amphan’, as we know now, has not just followed the exact path charted out by the IMD as early as Sunday. The ‘desi’ agency was also spot on about the intensity of the storm, the wind speed and the place of landfall. As IMD Director General (DG), Odisha’s very own Dr Mrutyunjay Mohapatra emphasized, with an unmistakable but justifiable sense of pride, at the presser in New Delhi this afternoon, the ‘Red’ and ‘Black’ lines on the map, denoting the predicted and the actual course of the cyclone respectively, overlapped almost completely!

Around midnight yesterday, the more fancied international weather station Joint Typhoon Warning Centre (JTWC) of the US Navy spread panic among those tracking the course of the cyclone, not the least of them the Odisha government, as it hurtled along towards the Odisha coast menacingly, by predicting that it would have landfall on the north Odisha coast. Special Relief Commissioner (SRC) Pradeep Jena revealed today that he made an anxious phone call at the unearthly hour of 3 AM to Dr Mohapatra, who assured him that the landfall would be at the place it had predicted. Lo and behold! By this morning, the JTWC had come round to the course that IMD had stuck to since the beginning!!

This is not something that this columnist discovered during Amphan. There was an exactly similar kind of situation in the lead up to Cyclone Phailin on October 12, 2013, causing the same kind of confusion and uncertainty among those tracking its course (among them yours truly) that JTWC red herring did late last night. If I remember correctly, the IMD had said on that occasion that the wind speed at the time of landfall would be between 20-220 kmph. JTWC, in sharp contrast, had predicted that the wind speed would be around 300 kmph at the time of landfall! Other international agencies put it between 240-260 kmph. Some of them differed widely with the IMD about the place of the landfall as well. While IMD had stuck to its guns and maintained throughout that it would be Gopalpur on the south Odisha coast, some other weather agencies said it would be somewhere on the Andhra Pradesh coast. In the end, it was IMD which had the last laugh. Not only did the landfall take place at Gopalpur, the wind speed too was measured at 215 kmph – just as the IMD had predicted!

I remember calling up the then Director of the Bhubaneswar Met Centre, the affable Dr Sarat Sahu, anxiously to ask him about the prediction of JTWC and other agencies. Calm and unflustered as ever, he replied; “I don’t know what model they use. So, I can’t really comment on their predictions. But we have full trust in the model we use. And as per that model, the speed would be around 210 kmph.”

Since then, I have always trusted the IMD more than any other agencies while reporting cyclones that followed in subsequent years: ‘Hudhud’, which came exactly a year after Phailin, Titli, Bulbul, Fani and numerous other cyclones of varying intensity that did not have landfall on the Odisha coast. And the IMD has come out trumps each time.

Notwithstanding its stellar record over the years, however, some people – and organisations – have greater faith in ‘phoren’ agencies, which have repeatedly come a cropper when it comes to predicting Indian cyclones (I don’t really know how accurate they are in predicting cyclones and typhoons in their own countries!). This time too, some media houses lent greater credence to the international agencies than IMD and unwittingly spread panic among the people for some time. I have never quite figured out this fascination. It is possible it’s part of the general tendency among most Indians that advanced countries know best. It could also be another case of ‘familiarity breeds contempt’, something we Indians excel in.

But whatever it is, we should inculcate some respect for our very own IMD after the experience of Amphan!