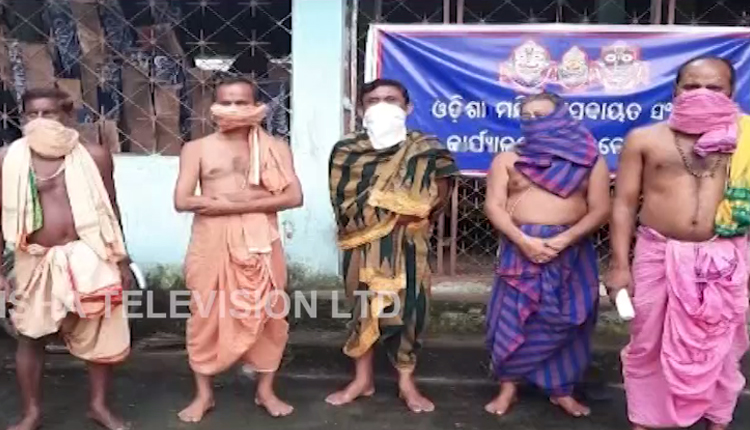 Bhubaneswar: Odisha Mandira Sebayat Sangha (OMSS) in a press conference on Monday informed to launch statewide protests on October 28 to urge the government to reopen temples.

President of the OMSS, Kameswar Tripathy held discussion with priests and servitors in Baripada Jagannath temple’s premises. As per the briefing, the servitors will bang gongs and ring bells in front of the temples at 9 AM on October 28 as a mark of their demands to the government.

“The livelihoods of all the servitors have been jeopardised as the temples across the State have been shut down due to lockdown restrictions in the wake of Covid-19 pandemic. Our family is suffering to make both the ends meet as we have no alternative means of earning.” Tripathy said.

“We have requested the government about our plight several times, but to no avail. That is why we have decided to stage this novel protest to draw the attention of the Government towards our predicament. Government has already lifted restrictions from other places, but they are yet to take a call on temples. We have been requesting government to reopen temples with Covid restrictions in place.” added Tripathy.

In the first week of October, OMSS held a similar protest and servitors and many devotees across the State beat gongs, rang bells and blew conchs demanding reopening of temples.  Following the demonstration, Odisha government on October 8 directed the temple and other religious institutions’ administrations to prepare plan of action.

Following government’s direction, Puri Jagannath Temple Administration (SJTA) has already held 7 rounds of talks with various stakeholders. However, SJTA is yet to arrive at a unanimous decision to reopen the 12th-century shrine.