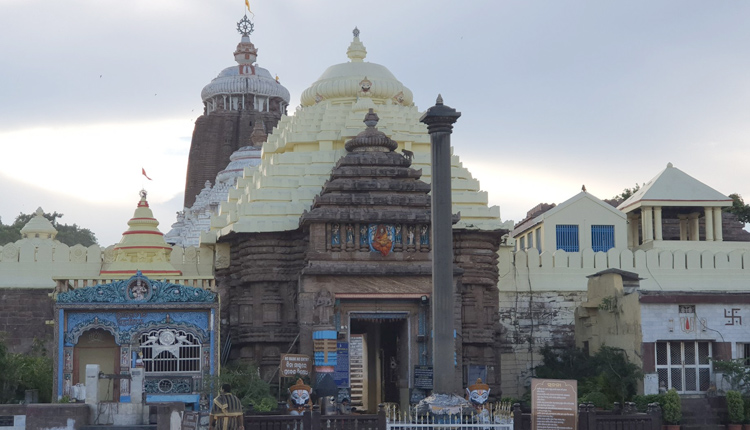 Puri: Special ‘Shodasha Upachar Puja’ is underway at Maa Bimala Temple on the premises of Srimandir on the ninth day (Navami) of Navratri. The temple is one of the important Shakti Peethas and the goddess is considered to be the tantric consort of Lord Jagannath.

This year, Durga Puja/Navratri is a 45-day affair at Srimandir instead of the usual 16 days due to leap month-‘Mala Maasa’, which falls in the month of Ashwin twice.

As no puja is performed during the leap month, the Sharadiya Durga Puja rituals in Srimandir this year started on September 9 and will conclude on October 24.

As per rituals, the ‘Sandhi puja’ and secret ‘Bali Niti’ (sacrifice rituals) were performed at Bimala Temple yesterday night on Ashtami.

Cucumber, bottle gourd and fish were offered as sacrifice in other Shakti Peethas across the State on Saturday. Similarly, sacrifice was also offered at Maa Kakudikhai Temple in Puri.

‘Sheetal Bhog’ will be offered to Goddess Bimala on Navami today and Melani Utsav will be performed on Dashami i.e. tomorrow.

On the other hand, the nitis for holy Kartik month to be performed in Puri Srimandir were finalised by the Niti Sub-Committee in a meeting yesterday. As per the niti, sanctum sanctorum of the temple will be opened at 4 am. Similarly, the timing of other rituals like- Mangala Alati, Tadap Lagi, Mailam, Bhoga Mandap, Madhyan Dhupa, Dwitiya Bhoga Mandap, Sandhya Alati, Sandhya Dhupa, Bada Singhara Besha etc were also decided in the meeting.

Divine Calling: This Odisha Village Has A Muslim Resident Organising Durga Puja For Over 3 Decades