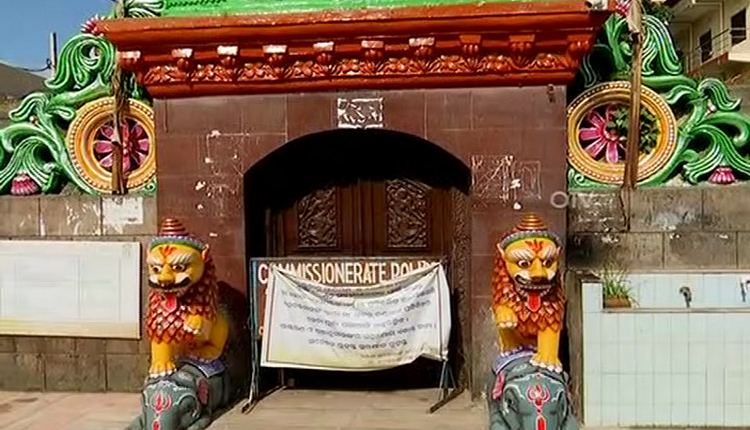 Puri/Cuttack: As the auspicious nine-day long festival Navratri kicks off on Saturday across the country, special rituals have been initiated at Lord Jagannath Temple in Puri and several shakti shrines in Odisha with compliance of all Covid-19 restrictions and without participation of devotees.

It may be mentioned that temples in the State, including Srimandir have not been opened yet for devotees in the wake of Covid-19 pandemic.

This year, Durga Puja/Navratri is a 45-day affair at Srimandir instead of the usual 16 days due to leap month-‘Mala Maasa’, which falls in the month of Ashwin twice.

As no puja is performed during the leap month, the Sharadiya Durga Puja rituals in Srimandir this year started on September 9 and will conclude on October 24.

As per tradition, 25 ‘Srotriya’ Brahmins are performing the ‘Sodash Upachar Puja’ of Durgamadhab at Devi Bimala temple in the 12th-century shrine.

Today, the idols of Durga and Madhab will be taken together in a chariot by the Bimanbadu sevayats to the Narayani Temple in Dolamandapa Sahi and all the rituals, as observed in Bimala Temple, will be observed in a ceremonious way for the coming eight days, informed senior servitor of Srimandir, Sarat Mohanty. 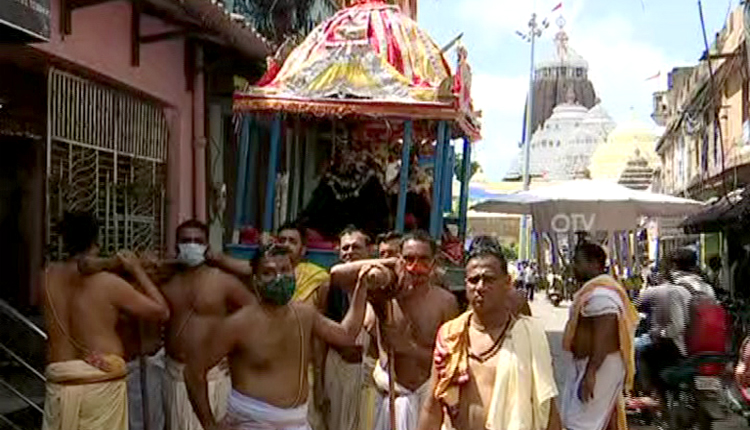 In Cuttack, even though Chandi Temple in the millennium city was closed for devotees as per the protocols issued by the State government, people were seen paying obeisance to the goddess from outside the temple on the commencement of the Navratri.

“Sodash Upachar Puja is being performed in the Chandi Temple. Today, the goddess is decked in Ugratara besha. Similarly, Maa Chandi will be dressed in Gayatri besha on sixth day of Navratrai i.e. tomorrow,” said a priest of the temple, Manoj Panda.

The Rath Yatra of Maa Biraja in Jajpur will also begin from today and conclude on October 24. However, prohibitory orders under section- 144 have been clamped in the area to restrict movement and congregation of public to contain the spread of covid-19 as per the directives of the Orissa High Court on October 8.

Special rituals were held at Ghantasuni Temple in Bolangir’s Titlagarh without the participation of people. The goddess was decked in Maa Sailputri besha on the first day of Navratri today.

Navratri 2020: Top Wishes, Messages To Send Your Loved Ones

COVID-19: The Oldest Durga Puja Pandal In Bhubaneswar Struggles To Find Its Feet