Divine Calling: This Odisha Village Has A Muslim Resident Organising Durga Puja For Over 3 Decades 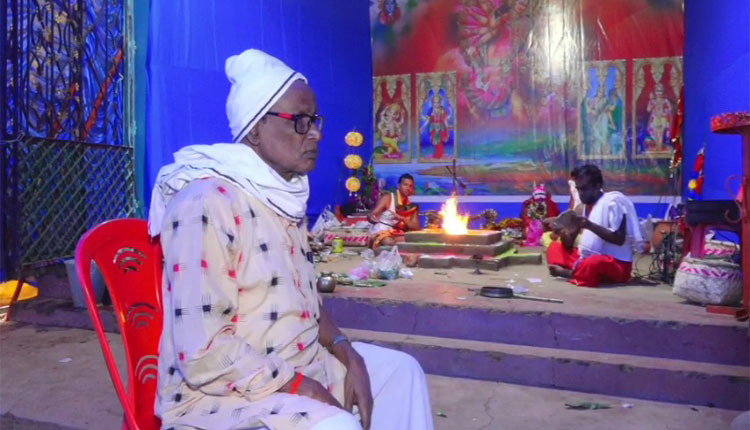 Baripada: Kohinoor Islam has been at the forefront of the Durga Puja festivities at his village in Baripada since the last 35 years.

The 65-year-old diligently supervises each and every detail of the Puja, from the selection and making of the idols to the immersions.

While the Sarbajanina Saradiya Durga Puja Pandal (community puja pandal) at Tentulidinga village epitomizes the communal harmony between Hindus and Muslims in the region, Kohinoor appears to be the torchbearer.

It was way back in 1984 when Kohinoor evinced his interest in organising the Durga puja in his village. With support from elders in the village, Kohinoor went ahead in promoting communal harmony with this unique idea.
Since then Kohonioor has been initiating special measures for the conduct of Durga puja in the village.

“On the request of villagers, I took the responsibility of conducting the puja at the pandal. We have never had any issues with me leading the arrangements as people from both the communities live together peacefully,” said Kohinoor.

Kohinoor is not only known for his organisational skills, but he can also recite several Sholakas and mantras at ease.

“Kohinoor Islam has been doing a great job in promoting communal harmony. Despite being a Muslim, he has acquired lot of knowledge about Hindu rituals and even the Bhagwad Gita. He is no different from any one of us in the village,” said Anil Nayak, a villager.