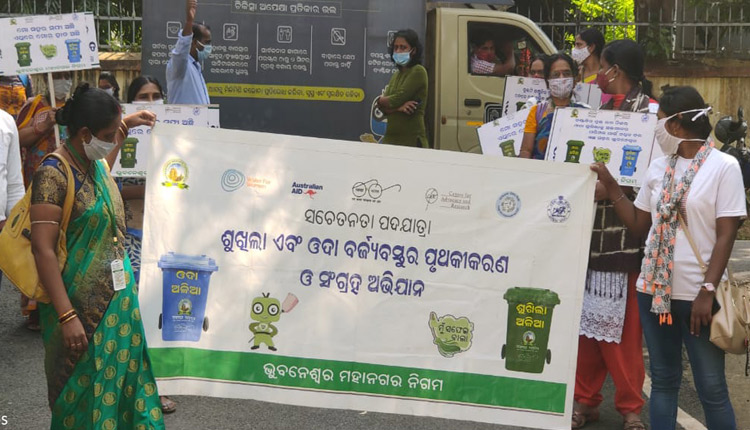 Bhubaneswar: Sanitation and effective Solid Waste Management (SWM) systems are the major prerequisites towards making a smart city smarter. In an effort to ensure segregation of waste, Bhubaneswar Municipal Corporation (BMC) has initiated a campaign through which the civic body aims to create awareness among people about separating dry and wet waste and not dump them on the roadside.

Today, the Swachha Sathis of BMC carried out a door-to-door public awareness campaign on source segregation at ward number 31 in the capital city. Citizens were sensitized about the benefits of segregating waste at their household. 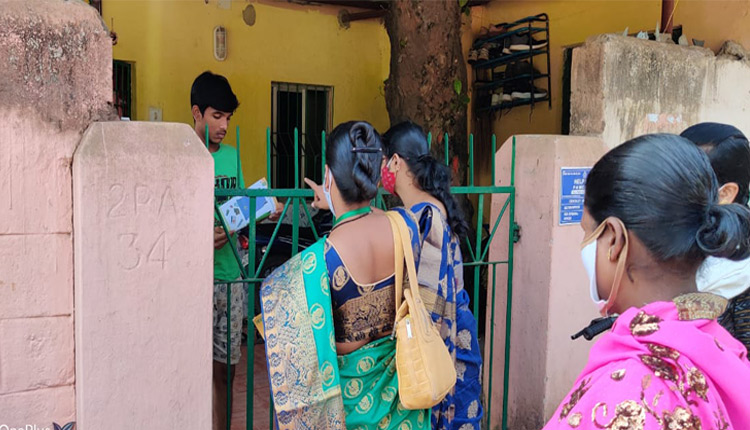 In order to get rid of public dustbins where there is hardly any waste segregation, BMC has also come up with a Battery Operated Vehicle that will collect dry and wet waste from households directly.

“We are going to launch battery-operated garbage collection vehicles that will operate throughout the city. The vehicles will have two compartments. The blue compartment is for dry waste and the green basket is for wet waste. We urge people to segregate waste. Based on the nature of waste we will decompose or reprocess the garbage accordingly. Waste segregation is indeed essential keeping in mind a sustainable environment,” said Subhasish Mohanty, BMC Sanitary Expert.

SwachhaSathis of BMC carried out a door-to-door awareness campaign on source segregation.

Citizens were sensitized about the benefits of segregating waste at their household.