China Amassing Large Contingent Of Troops, Armaments Along LAC Since Early May: India 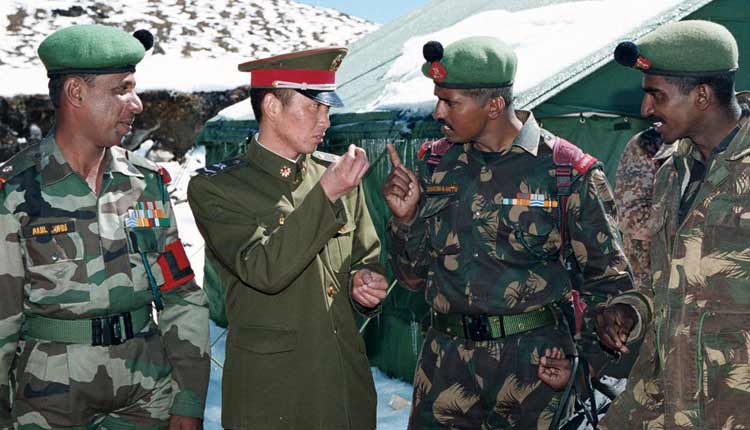 New Delhi: China has been amassing a large contingent of troops and armaments along the Line of Actual Control since early May and conduct of the Chinese forces has been in complete disregard of all mutually agreed norms, India on Thursday said holding Beijing responsible for the eastern Ladakh standoff.

At an online media briefing, External Affairs Ministry Spokesperson Anurag Srivastava gave a rundown of the events along the LAC in the eastern Ladakh region and held China responsible for the Galwan Valley clashes off June 15.

In early May, he said, the Chinese side took action to hinder India’s “normal, traditional” patrolling pattern in the Galwan Valley area while it sought to change the status quo in other areas of the Western Sector couple in mid-May.

“We had registered our protest on the Chinese actions through both the diplomatic and military channels, and made it clear that any such change was unacceptable to us,” he said.

Subsequently, senior commanders met on June 6 and agreed on a process for de-escalation and disengagement along the LAC that involved “reciprocal actions”, he said.

Srivastava said both sides had agreed to respect and abide by the LAC and not undertake any activity to alter the status quo.

“The Chinese side departed from these understandings in respect of the LAC in the Galwan Valley area and sought to erect structures just across the LAC,” he said.

“When this attempt was foiled, Chinese troops took violent actions on June 15 that directly resulted in casualties. Thereafter, both sides remain deployed in large numbers in the region, while military and diplomatic contacts are continuing,” he added.

Srivastava said the Chinese side has been amassing a large contingent of troops and armaments along the LAC since early May.

It was not in accordance with the provisions of various bilateral agreements, especially the key 1993 Agreement on the Maintenance of Peace and Tranquillity along the border, he said.

“Obviously, the Indian side had to undertake counter deployments and the resulting tension has thereafter expressed itself,” he said.