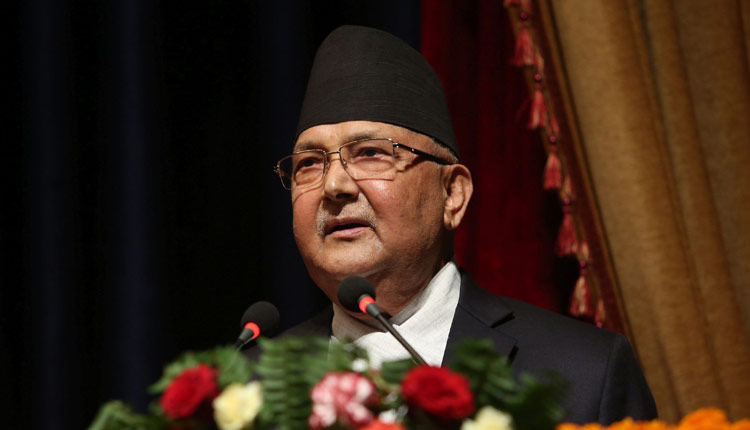 New Delhi/Gorkha: China has occupied a village of Nepal and allegedly removed the boundary pillars to legitimise its annexation, top government sources said on Tuesday. It has also been learnt that China has gradually made inroads into several Nepalese territories with an ulterior aim to seize complete control.

The latest in the line is Rui village in Gorkha district, which is now in total control of China. “In a massive departure from its diplomatic stand of non-interference, the Chinese have completely occupied Rui Village and the residents comprising around 72 houses are fighting for their original identity. This also shows how Nepal’s current regime has surrendered to China and is now making anti-India statements and resorting to anti-India activities,” top sources told IANS.

Apart from Rui village, China has also occupied strategic lands at 11 places across Nepal. Around 36 hectares of land in four districts of Nepal, which border China, have been illegally occupied by China, but so far Nepalese government is tightlipped about it. The occupation of Rui village has been done systematically by China in the last two years.

Since the village figures in the map of Nepal and is part of the Himalayan nation, the residents have always been associated with the country’s identity. But the Nepal government, at the behest of China, is more engaged in creating artificial disputes with India over boundaries and three villages that belong to India.

Nepal has recently come out with a new map that claims parts of Indian territory in Pithoragarh district. India has rejected this new map of Nepal saying it is not based on historical facts or evidence. The new political map of the country features parts of Lipulekh, Kalapani and Limpiyadhura areas which are in Indian territory.

The new political map was authenticated by Nepal President Bidya Devi Bhandari last week. India-Nepal relationship came under strain after Defence Minister Rajnath Singh inaugurated an 80-km-long strategically crucial road connecting the Lipulekh pass with Dharchula in Uttarakhand on May 8. Nepal immediately protested, saying the road violated the status quo of the region, which it described as “unresolved”.

Spokesperson of the Ministry of External Affairs Anurag Srivastava had said the amendment amounts to “artificial enlargement of claims that are not based on historical fact or evidence and is not tenable”. Last year, sources said, Nepal government realised China had been annexing their land however they preferred to remain silent.

“Even after realizing that China’s aggressive nationalism and military expansionism are a reality, the policies fashioned by hardline Communist Party of China (CPC) leaders, Nepal communist government prefers to remain silent,” said the sources. Nepal has found that China has already occupied six hectares of land near Bhagdare Khola (River) area and four hectares near Karnali River in Humla district.

The term khola means river in local Nepali language. But, instead of objecting to Chinese illegal occupation and growing infiltration into the Nepalese boundaries, the KP Sharma Oli government is looking to unnecessarily interfere in India’s sovereignty. Besides the new map, Oli government is obstructing the dam repair work at Gandak Barrage that threatens flooding in Bihar during the monsoon.

This provocative move, sources said, is being done by Nepal at China’s behest which has crippled the world by spreading contagious coronavirus and is aggressively pursuing its expansionist policy. “Nepal’s domestic policy appears to be ruled by China. The Oli government is escalating the tension between the two countries on issues that have earlier never figured in India-Nepal bilateral relationship. Occupation of its villages by China and now Nepal’s provocative gesture in Bihar that shares 700 km international border with Nepal, makes it evident that Oli government is being ruled by Beijing,” top sources said.