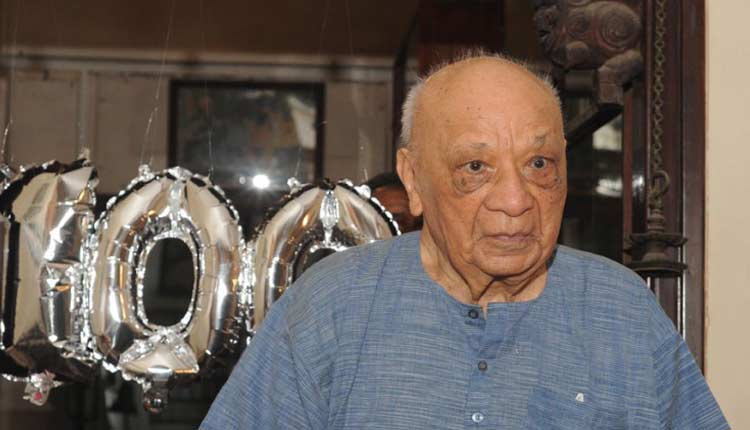 Mumbai: India’s oldest first-class cricketer Vasant Raiji died in the wee hours of Saturday. He was 100.

Vasant Raiji, a right-handed batsman, played nine first-class matches in the 1940s and scored a total 277 runs. He opened the batting for Bombay and Baroda in the Ranji Trophy and was a reserve for the Hindus team in the 1941 Bombay Pentangular. His two highest scores came in Baroda’s victory over Maharashtra in 1944-45 when he made 68 and 53.

Raiji had turned to write following his cricketing career. He was also a chartered accountant by profession.

He had celebrated his 100th birthday on January 26 this year which was attended by Steve Waugh and Sachin Tendulkar at his residence.

“Wishing you a very special 100th birthday, Shri Vasant Raiji. Steve & I had a wonderful time listening to some amazing cricket stories about the past. Thank you for passing on a treasure trove of memories about our beloved sport,” Tendulkar had tweeted.

I met Shri Vasant Raiji earlier this year to celebrate his 100th birthday. His warmth and passion for playing and watching Cricket were endearing.

His passing away saddens my heart. My condolences to his family & friends. pic.twitter.com/fi8dOP7EnI

On March 7 this year, Raiji became the oldest living first-class cricketer in the world following the death of John Manners.

The Board of Control for Cricket in India (BCCI) on Saturday expressed grief over his sad demise.

“It is with profound sadness that BCCI has learnt of the passing of Vasant Raiji, a former first-class cricketer and historian, who had turned 100 earlier this year on 26th January,” said BCCI in a statement.

“After his retirement, he joined his family business, but the passion for cricket kept him associated with the sport. He was a founding member of the Jolly Cricket Club in Mumbai and wrote books on Ranjitsinhji, Duleepsinhji, Victor Trumper, CK Nayudu an LP Jai. He also loved collecting books and memorabilia,” the BCCI statement read.