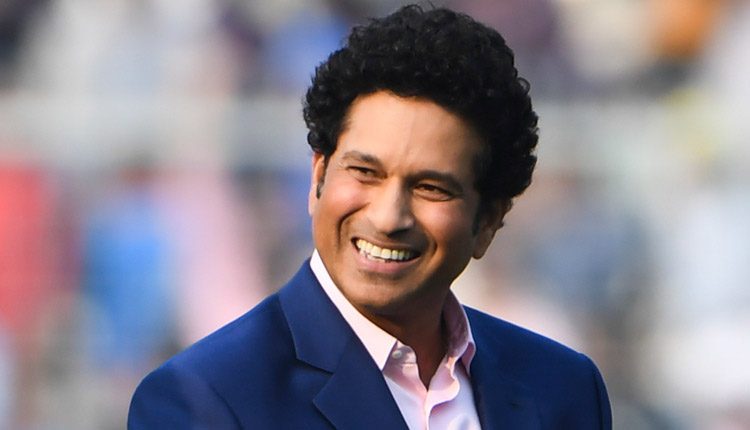 New Delhi: With the International Cricket Council (ICC) banning the use of saliva in the coming days amid the COVID-19 pandemic, legends Sachin Tendulkar and Brett Lee have come out with a list of measures which can be used to keep the game, especially the Test format, in balance and not tilt more towards the batters.

Among those is the use of artificial wax, allowing teams to have the second new ball in a Test inning after 50 overs or test each player before the match and go with the usual cricket rules which were in place prior to the outbreak of novel coronavirus.

“It’s a tough call because it’s something which we have done during our entire life. From the age of 8-9, we were told to use saliva to shine the ball. So, all of a sudden to be told something different like you cannot do that, I think it will be very hard to stop and would be very hard to police,” Lee said while speaking to Tendulkar in a video posted by 100MB.

Both Tendulkar and Lee believe that in cold conditions when players don’t sweat much, it will become more difficult to shine the ball and would be more disadvantageous for the bowlers.

“If you don’t sweat, how do you shine the ball in absence of saliva. I don’t think its fair for the bowlers and it’s a disadvantage for them,” said Lee.

“I think the ICC needs to look into that. They can assist the bowlers by giving them something they can apply to shine the ball, something which everyone agrees upon.”

While agreeing that it will become more difficult for the bowlers, in the times to come, the former Australian speedster said that more sporting wickets could be used which assist both batters and the bowlers.

“I am not talking about a green track where a team gets bowled out for 130 odd runs, but you need something for the fast bowlers.”

Both the former cricketers believe that cricket shouldn’t be made complicated as policing over such aspects of the game would be almost impossible for the ICC.

Tendulkar said that the other thing which the ICC can look upon is making the second new ball available after 50 overs in a Test inning, instead of current existing rule of 80 overs.

Lee, on the hand, believes the other thing that the ICC could do is come up with a pre-made scuffed up ball so as to allow reverse swing.

Another suggestion that both the former players came up with is the usage of wax to shine the ball in absence of saliva. “Allocate a certain amount of wax per inning to be used by a team says X grams,” suggested Tendulkar.

Lee, meanwhile, came out with another option of having players tested for COVID-19 just prior to the game and not implement saliva or sweat ban.

“Test the players say two hours prior to the game and then move with the usual things. If players are kept in a bubble, in a bio-secure environment where there are no chances of getting infected, why not go with the usual rules instead of coming with new rules?” he enquired.

The three-match Test series between England and West Indies, slated to begin from July 8, will mark the resumption of international cricket which has been halted since mid-March following the outbreak of coronavirus.

T20 Cricket World Cup Likely To Be Postponed, Here’s What BCCI Official Has To Say

Sanatan Rath, The Brain Behind Brain Surgery In Odisha, No More