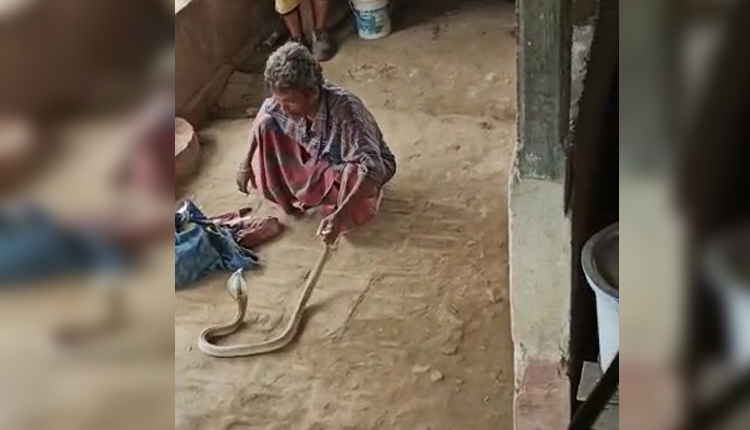 Balasore: A snake charmer in Jaleswar died a tragic death after a cobra he was displaying tricks with reportedly bit him on his hand.

The tragic incident reportedly occurred on 28 July 2020 when a person named Ranjan Nayak came to Krushna Nagar village where he displayed some tricks with venomous snakes including cobra.

But the dangerous game of playing with the reptiles went horribly wrong when the cobra accidentally bit him on his hands. The matter came to light recently when a video of the incident went viral on social media.

As per some eyewitness’ account, Nayak even urinated on the wound in a bid to cut the neurotoxin venom’s effectiveness. After tying his hand with a rope, he went home without seeking any medical help whatsoever.

When the spectators tried to help him, he did not listen to them and went on to apply some roots and homemade ointments.

Later that day, police recovered his body just a kilometre away from the village. ND Sethi, the Inspector In-Charge of Jaleswar Police Station said, “We recovered his body from the road and his autopsy revealed snakebite too. A case of unnatural death was registered in the police station.”

Falguni Panigrahi, a local said, “Resorting to occult practices after snakebite caused his death. I urge people to learn a lesson from this and seek immediate medical care instead of going to a quack.”