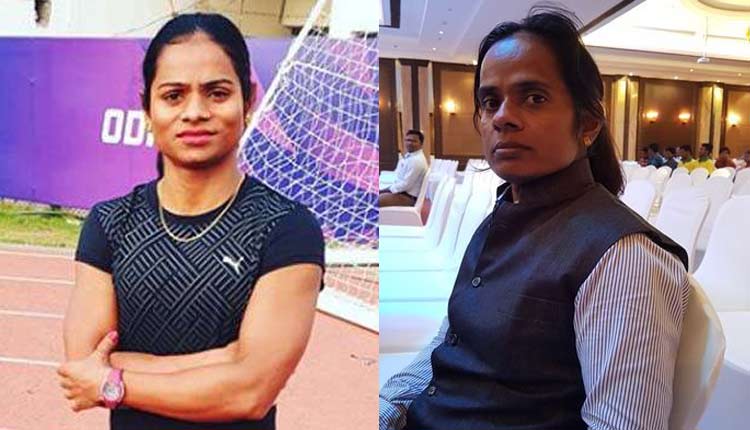 Bhubaneswar: Olympian and India’s fastest woman Dutee Chand, who became the first athlete in the country to come out of the closet about her same-sex relationship, has now made some startling allegations against her elder sister, Saraswati.

After facing the wrath of her family members for her relationship, Dutee has now pointed fingers at her elder sister Saraswati alleging that the latter too is in a same-sex relationship.

Speaking to OTV, the 24-year-old sprinter said, “I have been in a relationship with my soul mate for quite some time, but I did not open up until my elder sister revealed it to everyone for her self-interests and to tarnish my image. But as I have always said that I do not have any guilt or regret of being in such a relationship and all of my family members except Saraswati are supporting me. Saraswati is always trying to insult and harass me on various platforms. Now I have found why she is yet to settle with a life partner and the reason is that she is in a relationship with a girl, who has been staying in our house for training for last two years.”

“Like the pot calling the kettle black, she was once protesting my relationship but now I see that she is herself doing the same thing. I don’t protest against her status because it is her personal life and she can live it the way she wants but why is she protesting against my decision. I worked hard to make my family proud and get us all comforts in life, but why I am not allowed entry to the very house that I built?” said the 100-metre national record holder.

Asked about the allegations, Dutee’s sister said that she would clarify about the matter later. She however also said that there is no truth in her charges. “She is my younger sister, so I don’t give much importance to her accusations,” Saraswati said.

A few days ago, Dutee claimed that she is unfazed at the way people look at her “differently” because of her same-sex relationship status.

In May last year, the Asian Games silver medallist shocked everyone after acknowledging that she was in a relationship with a woman from her village. She said that “coming out of the closet” was better than “hiding” her personal life from the public.

One May Fall In Love With Anyone: Sprinter Dutee Chand On Her Same-Sex Relationship

Silence of the stands: Dutee Chand speaks her mind as she starts training after 2 months

Strike Hits Normalcy In Odisha, Other States; Over 25 Cr…