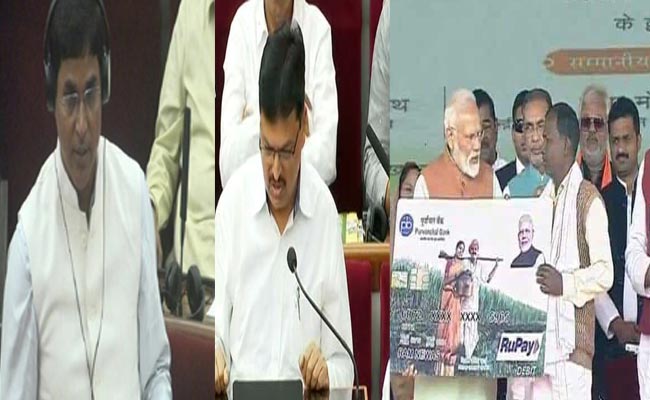 Bhubaneswar: There goes a saying ‘God only knows himself’. With regard to Naveen-led BJD Government’s game-changer scheme KALIA, an acronym attributed to Lord Jagannath, this seems to be the case.

A maze of numbers are thrown out. Budget 2020-21 gives one number, Agriculture department rolls out another. Amidst the lingering haze, the news tumbled out is fake KALIA beneficiaries number now touched 45,965 from 32,000 in 2019.

A fact-check reveals some big details. Consider this. PM-KISAN, which completed its first anniversary today, has seen transfer of KISAN money to 36.286 lakh farmers in Odisha as on February 2020.

In contrast, the confusion persists over KALIA beneficiaries.

Sample this. When Finance Minister Niranjan Pujari during budget 2020-21 presentation put the KALIA beneficiary numbers at 43 lakh, in September 2019, Odisha Agriculture Minister Arun Sahoo had said in State Assembly that 51lakh farmers have been covered under the scheme.

Significantly, CM Naveen Patnaik himself had gone to the town during the elections declaring that KALIA scheme will embrace 25 lakh more  beneficiaries to take the total beneficiaries to a massive 75 lakh.

Now, the fact-check. As per the Agriculture Census 2015-16, the number of agriculture operational land holdings in Odisha was estimated at 48.66 lakh. As KALIA scheme provides income support to cultivators, the Census 2011 data puts the number at 42.48 lakh.

What is operational land holdings? All land, which is used wholly or partly for agricultural production and is operated as one technical unit by one person alone or with others without regard to title, legal form, size or location. This definition includes cultivators like share-croppers.

Since PM-KISAN adopts the number of operational farm land holdings to implement the scheme nationally, the number of KALIA eligible farmers in Odisha couldn’t be more than 48.04 lakh.

Interestingly, when Agri Min Sahoo had said in 2019 that some 3.41 lakh ineligible beneficiaries have availed the KALIA scheme, he then had put the total beneficiary numbers at over 51 lakh.

Coincidentally, Agri Minister’s assertion seems bang on the truth, because the difference between Agriculture Census numbers and 51 lakh beneficiaries boil down to nearly the 3.41 lakh fake beneficiaries, though the Agriculture Department later clarified the fake numbers as 32,000 post huge uproar.

Since Budget document is more sacrosanct in parliamentary democracy, FM Pujari’s statement shows a massive 5 lakh marginal, small and semi-medium farmers in Odisha are yet to be brought under Naveen’s game-changer KALIA scheme.