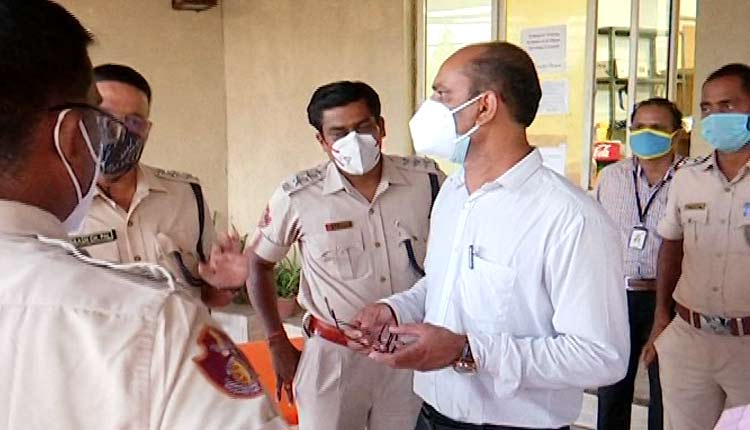 Bhubaneswar: One and a half year after five arrests were made in connection with a fake video purportedly linking Keonjhar MP Chandrani Murmu that went viral, the alacrity shown by the police in reopening the case recently has raised questions over the intention of the investigating agency.

Many question, if some aspects of the case were to be probed, why the police were sitting tight over the investigation for the last one and a half years.

The police had arrested five persons including a former employee of OTV in connection with the case. Some workers of a particular political party were also among the arrested accused. Within this one a half year period, the accused have been lodged in jail and are out.

However, a day after OTV aired a report based on the facts provided by an RTI activist that raised doubts over the aerial survey of flood-hit areas by Odisha Chief Minister Naveen Patnaik, a senior journalist of the channel, Ramesh Rath was picked up by the police in connection with the old case.

Here questions are being raised if the accused person, on whose statement Rath was linked to the case, had actually named the journalist at the time of his arrest and during police remand? Whether the complainant in her statement had named Ramesh Rath as an accused?  If yes, then the silence of police for the last one a half year and the belated action has made the whole affair murky.

Further, if the accused had told the police that one of the computers in OTV office has evidence related to the case, why did the police not take action at that time?

Moreover, Chandrani Murmu’s response has also been questioned. Her accusations against Ramesh Rath soon after the telecast of CM’s aerial survey report and request to Speaker Om Birla for breach of privilege proceedings against OTV also cast doubts over the timing and intentions.

Meanwhile, OTV would like to make it clear that the media house has no connection with the fake video case and the news channel did not even telecast the news of the fake video when it went viral. Later, the police had arrested one employee of OTV on the basis of his personal conversations. The channel authorities had also taken adequate action against the concerned employee.

The timing of the police action smacks of a deliberate attempt to defame and malign the image of OTV.

“The main accused was charged under Sections 354, 509, 500, 120 (B), 469, 468 which are triable in a magistrate’s court. The chargesheet was already filed in the case more than a year back. If the police want to reopen the case and pick up someone, they have to seek permission from the court. As per the amended Section 41 of CrPC, the police initially can only issue a notice to the concerned person as he hails from a reputed organisation. If the concerned person does not respond to the notice, then he/she can be picked up,” said senior lawyer, Manas Chand.

“Section 41 of CrPC was certainly violated in the matter and disciplinary action can be taken against the investigating officer for this. Besides, criminal persecution can be initiated against the investigating officer. It is evident that the action is being taken under the instructions of a person or political party which is completely illegal and unfortunate,” Chand added.

Speaking on the issue, Odisha Pradesh Congress Committee working president Pradeep Majhi alleged that the innocence of MP Chandrani Murmu is being misused.

“Unless stringent action is initiated in the matter, all the Adivasi Samaj in Odisha will come together and gherao Naveen Niwas in the coming days,” he said.

Responding to the allegations, BJD leader Pramila Mallick said, “The individual who faced the embarrassment has found this time suitable to raise the issue. What is harm in that?”