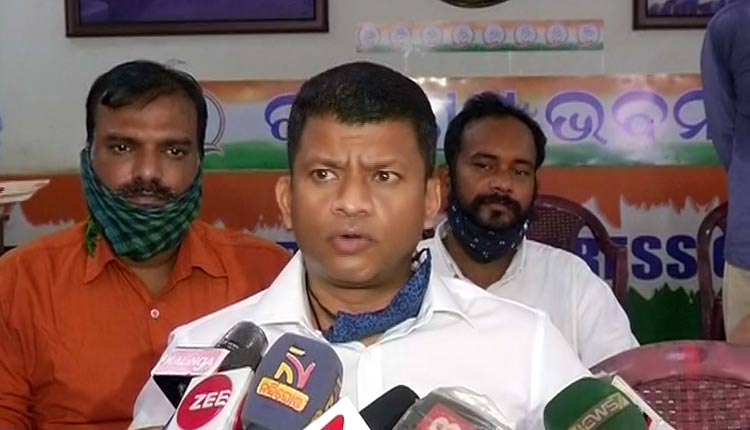 The Congress leader said this in response to the police action in connection with a viral fake video purportedly linking the Keonjhar MP.

“MP Chandrani Murmu’s innocence is being misused and the ‘Adivasi Samaj’ will not tolerate it,” Majhi said.

MP Chandrani Murmu’s innocence is being misused. ‘Adivasi Samaj’ will not tolerate it & gherao Naveen Niwas in the coming days. Instead of targetting people, police should act in the purview of law & find the creator of the fake video: Pradeep Majhi, working president of #OPCC

Claiming that the Adivasi Samaj (tribal community) in Odisha is feeling completely unsafe, Majhi said, “Earlier, a tribal woman was brutally murdered after being gang raped in Malkangiri district. She is yet to get justice. Now, an MP in Odisha is appealing for justice, but the Odisha government is completely silent on the issue,” he alleged.

Majhi also expressed disappointment over the aggressive action of police on media and said the police should act under the purview of law.

He said the police must find out who had created the morphed video and in which computer it was created and arrest the accused immediately. He threatened to launch a massive protest if action was not taken at the earliest.

“Unless stringent action is initiated in the matter, all the Adivasi Samaj in Odisha will come together and gherao Naveen Niwas in the coming days,” he said

He further said the Odisha government should take step in and stop targeting of several persons in the matter.

Chinese Soldier Detained By India On Espionage Suspicion, To Be Released Soon