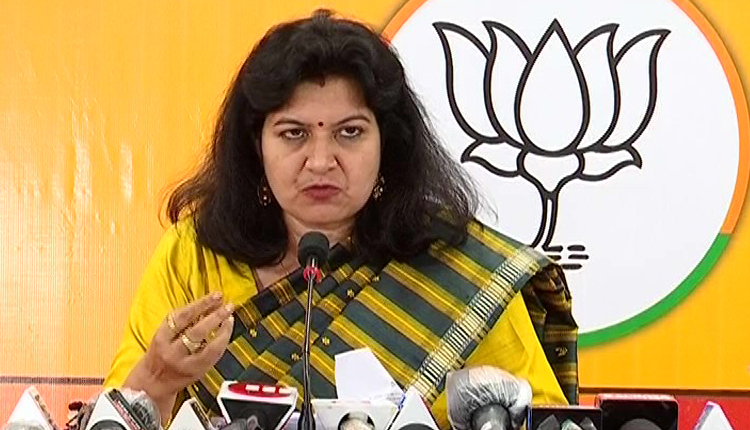 Bhubaneswar: Lok Sabha Member Aparajita Sarangi, on Friday slammed the Indian National Congress for siding with the Gupkar Alliance which is allegedly promoting separatism to restore Article 370 in Jammu and Kashmir.

Targeting Congress party on the issue, Sarangi said, “Following the abrogation of Article 370, the Union Territories of J&K and Ladakh have been getting a lot of central assistance for development. However, some political parties with vested interests have resorted to anti-national activities which are deplorable. And by supporting the Gupkar Alliance, the Congress party has proven its stance, which is against the national interest.”

The electoral process for the J&K District Development Council elections has begun. “The Congress has fielded three of his candidates for first two phases of elections by allying with Gupkar parties. The so-called National Party, Congress has been trying to spark separatist movement by siding with regional parties in J&K,” alleged Sarangi.

“Congress is struggling to stay afloat in the Indian political circle. Its very existence is in danger. It is trying to make its existence felt in Pakistan and China by getting involved with the Gupkar Alliance,” alleged Sarangi.

Notably, the Chief of National Conference, Farooq Abdullah had earlier sought the help of China to re-establish Article 370 in J&K. Similarly, a few days back, Mahbooba Mufti, leader of PDP had said that she would hold the tricolour only when the separate flag of the erstwhile state was restored.

Sarangi further targeted Congress by terming the call for reinstatement of Article 370 in J&K by some of the senior Congress leaders like P Chidambaram and Ghulam Nabi Azad as unfortunate.