Gundicha festival: Read the rituals and the legends behind the fest

Ashadha Shukla Paksha Dwitiya (second day of the bright fortnight of Ashadha month), which falls on July 1 this year, a sea of humanity descends on Puri to witness the annual sojourn of Lord Jagannath and His siblings.

Gundicha festival: Read the rituals and the legends behind the fest

As per description in the Puranas, among the twelve Yatras of Darubrahma (wooden manifestation) Shree Jagannath, Rath Yatra or Shree Gundicha Yatra is considered the most famous one. This is perhaps one of the longest-celebrated festivals of India, spanning 10 days.

Ashadha Shukla Paksha Dwitiya (second day of the bright fortnight of Ashadha month), which falls on July 1 this year, a sea of humanity descends on Puri to witness the annual sojourn of Lord Jagannath and His siblings.

Considered one of world’s biggest religious festivals being celebrated since time immemorial, the Rath Yatra is also known as Gundicha Yatra, Ghosa Yatra, Dasavatara Yatra, among others. Those who get a glimpse of Lord Balabhadra, an incarnation of Sankarshana, Lord Jagannatha, an incarnation of Bamana-Vishnu, Devi Subhadra, an incarnation of Lord Brahma and Shree Sudarshana, the powerful weapon of Lord Vishnu in the chariots they would definitely be liberated from earthly bondage ‘Rathe Tu Bamanam Drustva Punarjanma na Bidyate’. 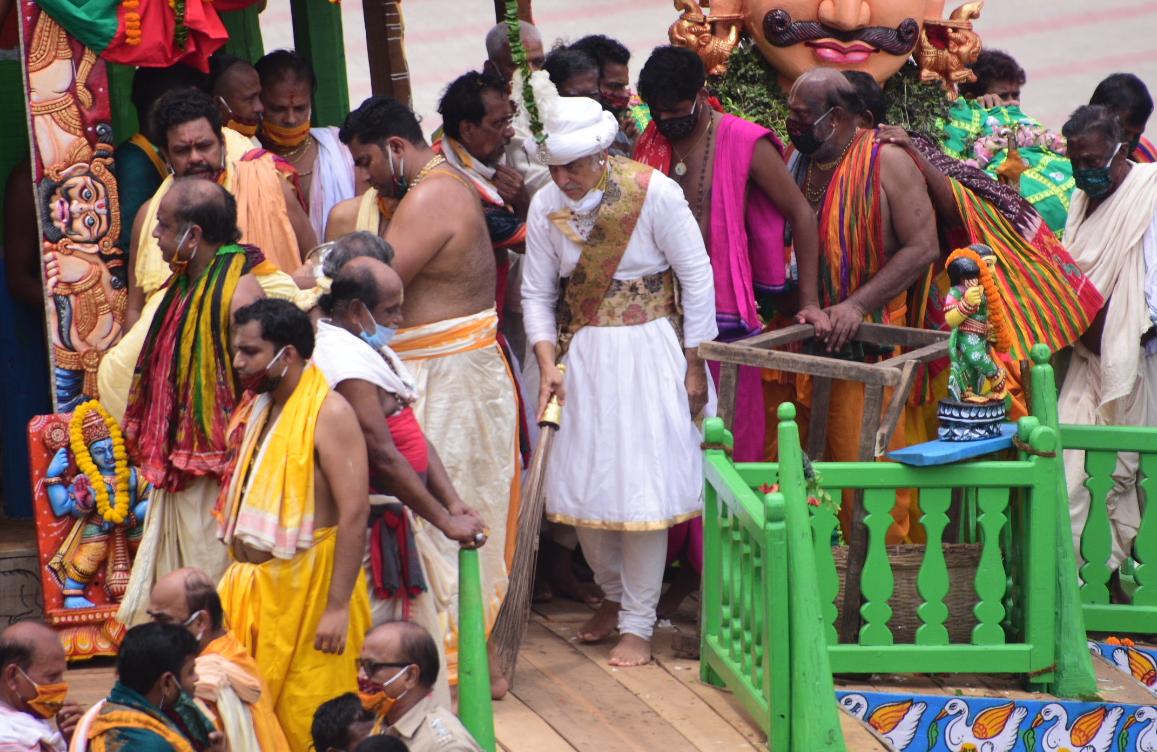 According to Bamadev Samhita those who can witness the four deities on the Simhasana (the sacred seat) of Gundicha Temple for a week, they along with their ancestors would get a place in the heavenly abode i.e. Baikuntha for all time to come

Following the completion of the morning rituals of Lord Jagannath and His siblings, they come in a Pahandi (ceremonial procession) and board their respective chariots one after the other. After the Pahandi, the Bije Pratimas (proxy deities such as Rama, Krishna and Madanmohan) are also placed on the chariots. Idols of Rama, Krishna are placed in Taladhwaja, Madan Mohan in Nandighosh while Sudarshna is placed in Devi Subhadra’s Debadalana.

Once the deities are brought to the chariots, the Chhera Pahanra (sweeping the chariots with a golden broom) ritual is performed by Gajapati Maharaja, the foremost servitor of Lord Jagannath. 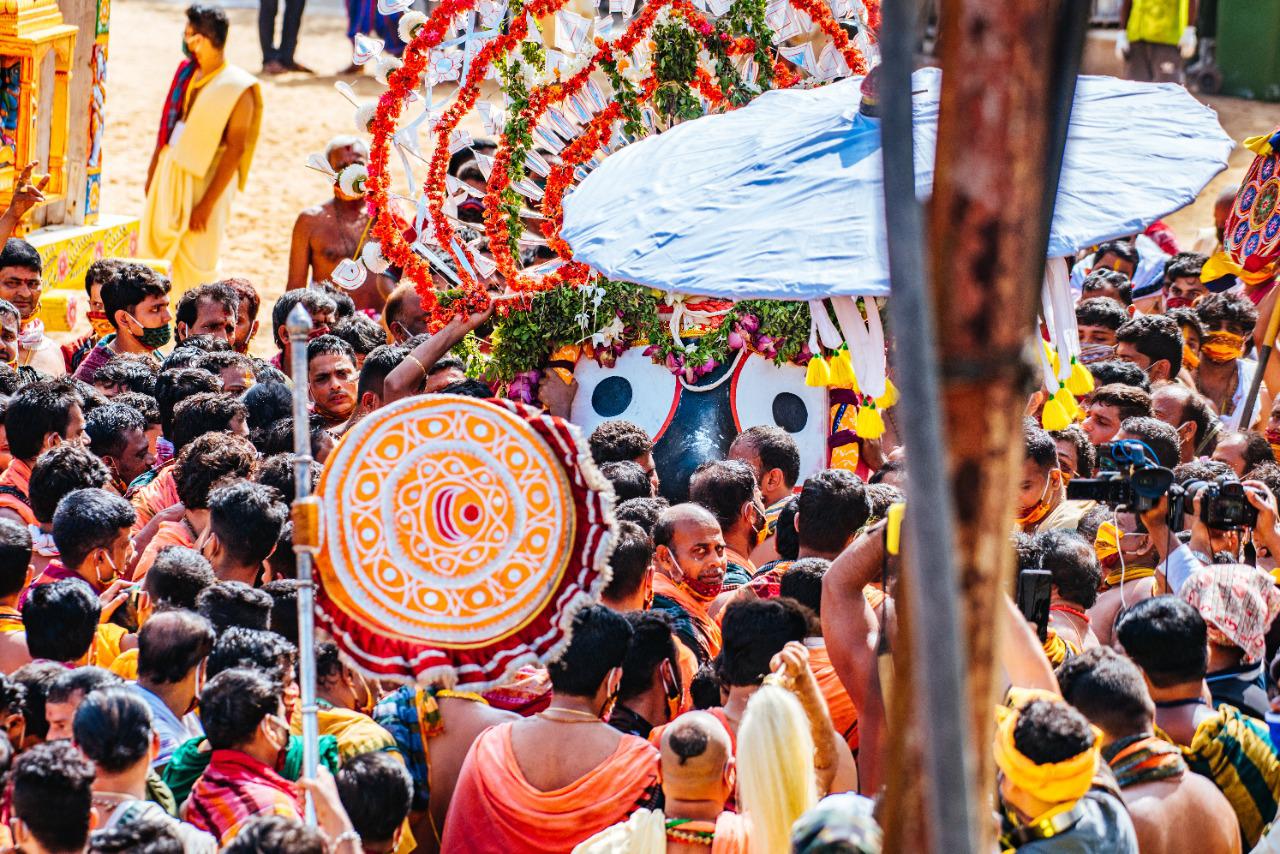 Gajapati sweeps the cars with a golden broom and thereafter, he sprays sandal paste on the chariots. The ritual ends with the King’s offering of a camphor light in a golden diya.

A servitor sings many songs to enthuse the crowd to pull the chariots spiritedly. The area reverberates with the chanting of Haribol and Jai Jagannath. With the beating of gongs and chanting of devotional songs, the chariots are pulled towards the Gundicha temple, three kilometres from Jagannath temple.

At the time of the pulling of the chariots, Pankti Bhoga (dry sacred food) is offered in honour of the deities on both sides of the Bada Danda (Grand Road).

After the chariots’ arrival at Gundicha Temple, the Daita servitors in consultation with the Jagannath Temple Administration and the district administration carry the deities on to the Simhasana of the Gundicha Temple. Before this, the Kothasuansia servitors perform Simhasan majana (sanctification) and fix charamala on the Adapa Mandap.