With Salman Bhai and Johny boy having a history, all eyes are on the clash of the titans next week - Satyamev Jayate 2 on November 25 Vs Salman Khan's Antim - The Final Truth on November 26

This is a story of a spectacular clash between a Bhai and a Boy in the fantasy world of Hindi cinema. The peg here is both will be battling it out for the Truth. The thrill here is worth watching till the final (Antim) moments.

With Salman Bhai and Johny boy having a history, all eyes are on the clash of the titans next week - when John Abraham's Satyamev Jayate 2 will be screened on November 25 (Thursday) and Salman Khan's Antim - The Final Truth will hit the screens on Friday (November 26).

The anecdote here is the official trailers of both the films were also released on the same day last month.

Even as the handsome hulk Johny boy was seen in Bhaijaan's arms during the Big Boss 15 promoting his upcoming flick Satyamev Jayate -2, a sequel to his 2018 blockbuster Satyamev Jayate, there is a background story.

Sallu Bhai had even raised a toast to John Abraham's punchy dialogue in the upcoming movie Satyamev Jayate-2. (see the image) 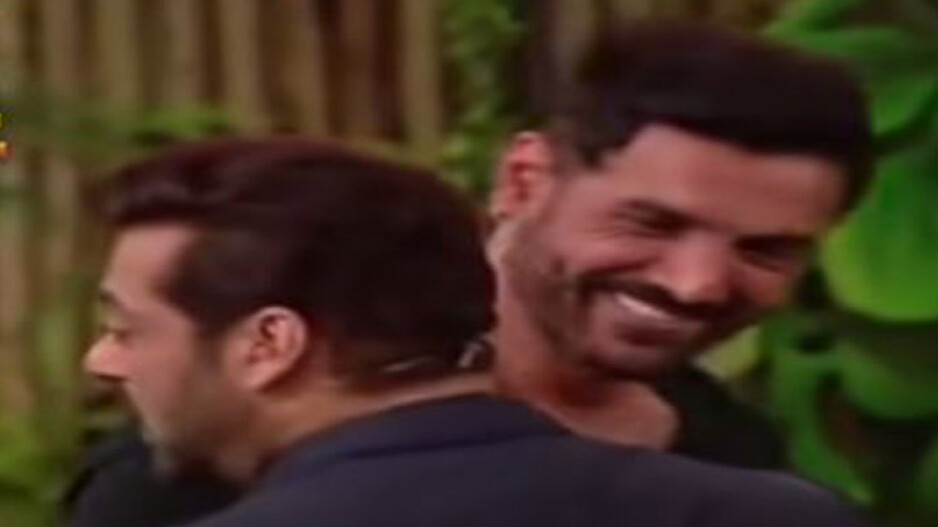 Sallu said, "Your one dialogue is kamaal ka dialogue." To which the model-turned-actor-turned-producer John Abraham said, "Bollun (Shall I Say)? Pat comes the reply by Salman, "Yes".

However, a history lurks behind the wonderful on-screen chemistry between Salman Khan and John Abraham. The wounds date back to the year 2003.

In an interview with India TV, Salman had revealed that Katrina Kaif was aghast after John Abraham replaced her in the movie Saaya. Opening up, Salman said, " I remember the visual of Katrina when she was replaced by Tara Sharma. She came crying and said my whole career is destroyed. Teen din tak woh jhelna pada.”

The Dabaang star takes the show further. "Then this movie (New York) came in the year 2009, she said ‘John is in the film’. I said, So what? You are doing a film for the script and director, don't bother over the co-star. To which she said, ‘No but he’d replaced me in the 2003 film Saaya’. I said, ‘C’mon yaar be magnanimous. Today you’re in a position to do an encore. He can be replaced anytime but it’s not the right thing to do. She understood that (and) worked with John. The film became a super hit. Mere aur Katrina dono k badappan k wajahse John Abraham ko Badi hit mili hai,” Khan claimed in the interview.

However, the model-turned-actor denied any of his role in replacing Katrina Kaif in the film Saaya. "I made debut in 2003. And I was not in a position then to decide who could be my co-star."

As per the gossip in Bollywood bylanes, Katrina was replaced (by Tara Sharma) for her not being so fluent in speaking Hindi. And John Abraham too had reservations on this count.

Notwithstanding this faultline, both actors never engaged in any diatribe in the public. Both have been courteous to each other.

But the gossips tell that John Abraham fell out of Salman's good books after a tiff over a monetary issue at an event much earlier in the film career.

In the backdrop, the simultaneous release of Salman starred Antim and John Abraham's Satyamev Jayate-2 is being keenly watched and hotly debated over as to who will be singing 'Jay Ho' in the Box Office next week?

Satyamev Jayate-2 (Release Date - Nov 25): A sequel to Satyamev Jayate, John plays a triple role in the film. This is his first-ever triple role in his film career. The promo of the film talks about the fight against injustice and misuse of power. From police, politicians, industrialists to the common man, the film will explore corruption in all spheres of life. 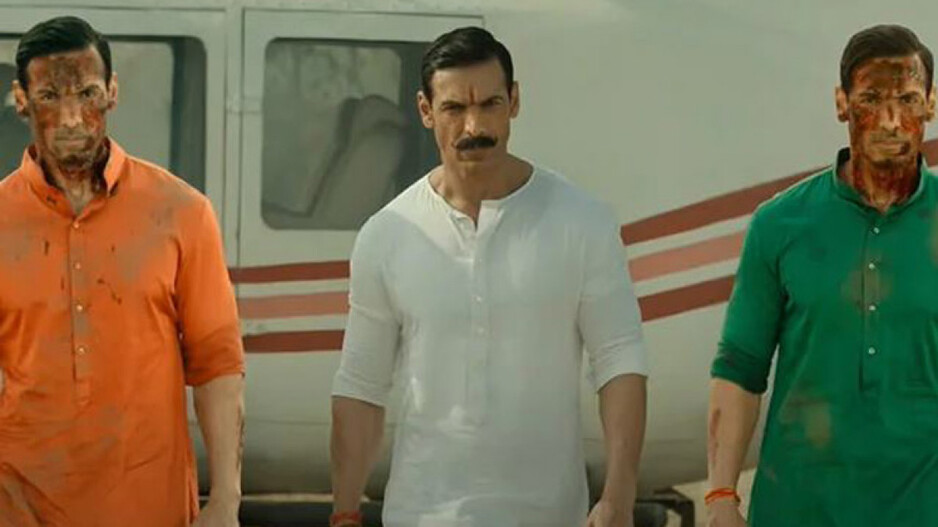 As per the trailer, John is seen donning the role of a politician and a cop. He had played the role of father too. The hit numbers in the film are 'Meri Zindagi hain Tu', "Ten Lehenga" and the item song "Kusu Kusu" cast on top belly dancer Nora Fatehi. The film's patriotic number 'Jann Gann Mann' is also a hummable one.

Nora Fatehi Sizzles: She had delivered the hit item number 'Dilbat Dilbar... in the 2018 Satyamev Jayate flick. Her biggest hit song has been 'Garmi' - where for the first time played a supporting actress role. She came into the glam light in 2015's Bahubali song.

Antim -The Final Truth (Release Date - Nov 26): A pot-boiler from the banner of Salman Khan Films, stars Sallu's brother-in-law Aayush Sharma. Salman plays the role of a Sikh cop and the main protagonist of the film.

As per the film promo, this film is all about a crackdown on the land mafia in Maharashtra. The background trailer song has been "Gandi  hain Duniya, Gandi hai Irade - Means Bad is the world, Bad are its intentions.." 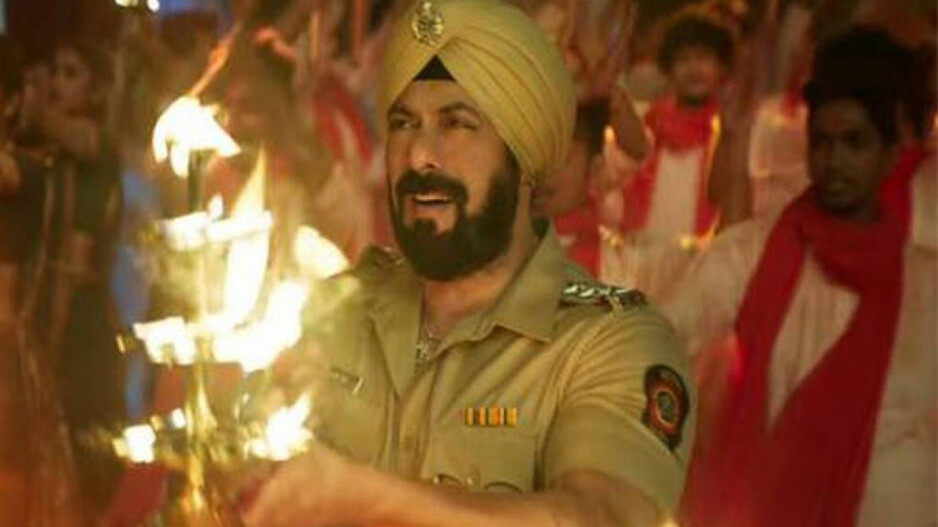 The hit numbers are 'Vighnaharta' (played by actor Varun Dhawan), "Koi To Aayega" and a Lavani item song "Chingari"