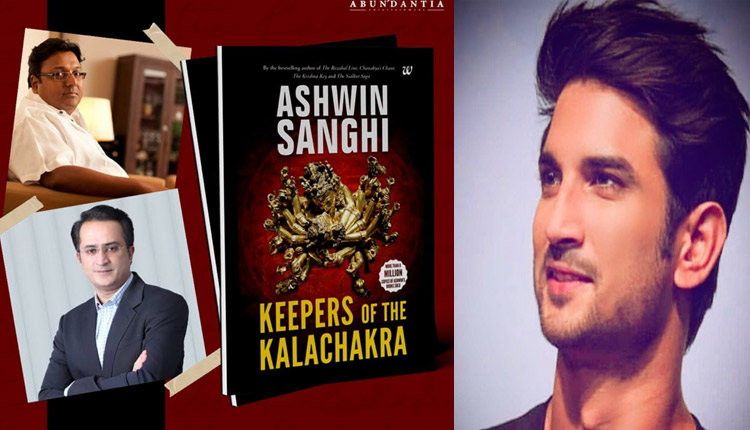 Sushant Singh Rajput was passionate about quantum physics and used to learn new things about it. And when novelist Ashwin Sanghi’s book-‘Keepers Of The Kalachakra’ was roped in to turn into a series, he regretted not having Sushant around anymore.

Ashwin shared that he always wanted Sushant to take the franchise ahead. Speaking about it to TOI, Ashwin said, “The person I wanted, alas, is no more – Sushant Singh Rajput. He was like an excited child when it came to quantum physics, which is what this thriller is about.”
Ashwin’s Keepers Of The Kalachakra is a cutting-edge thriller that explores the overlap between quantum theory and spirituality.

It can be recalled that Sushant was a spiritual person and loved science with all his heart. He loved gazing at the sky, thinking about what’s beyond and entertained his fans with #selfmusing posts.

The book narrates the story of a scientist named Vijay Sundaram, who races against time to save humanity from impending doom. Keepers Of The Kalachakra touches upon Ramayana, the birth of Buddhism, the origin of Wahhabism among other important events in the history of mankind.

Sushant, who had won hearts with his performances in films like Chhichhore, MS Dhoni, among other films; was found dead in his Bandra apartment on June 14, 2020.

His death is currently under investigation by the NCB and the CBI.

Sushant was last seen in Mukesh Chhabra’s directorial debut Dil Bechara. The film released after his sad demise on the OTT platform and garnered a good response from audiences and critics alike. The film also marked the debut of Sanjana Sanghi.