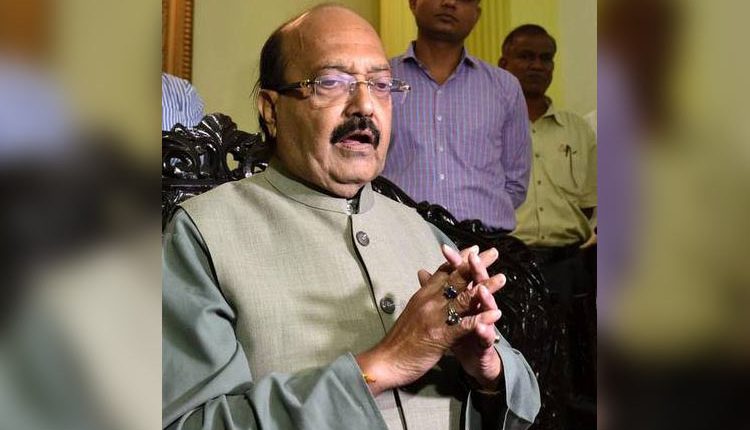 New Delhi: Former Samajwadi Party leader Amar Singh passed away on Saturday. He was 64 and was suffering from illness for quite a long time. National media reports said he was undergoing treatment at a Singapore hospital with his family beside him.

He is survived by wife Pankaja and twin daughters. Earlier, Singh had suffered kidney failure in 2013.

Singh a veteran of the Samajwadi Party, was a member of the Rajya Sabha from 2016. In January 2010, he quit all the posts of the SP and was also expelled by party chief Mulayam Singh Yadav.

Expressing condolences over the passing away of Rajya Sabha member and former Samajwadi Party leader Amar Singh, Prime Minister Narendra Modi on Saturday said the energetic public figure was known for his friendships across many spheres of life.

“Amar Singh ji was an energetic public figure. In the last few decades, he witnessed some of the major political developments from close quarters. He was known for his friendships across many spheres of life. Saddened by his demise. Condolences to his friends and family. Om Shanti,” the Prime Minister tweeted.

Power broker during the United Progressive Alliance (UP) era, Singh lost his battle with kidney ailment on Saturday in a Singapore hospital where he was undergoing treatment for months. He passed away at the age of 64. From Vice President Venkaiah Naidu to Madhya Pradesh Chief Minister Shivraj Singh Chouhan condoled as news broke.

Defence Minister Rajnath Singh in his tweet mentioned that Singh was friendly with all political parties and remembered him as “humorous and always energetic”.