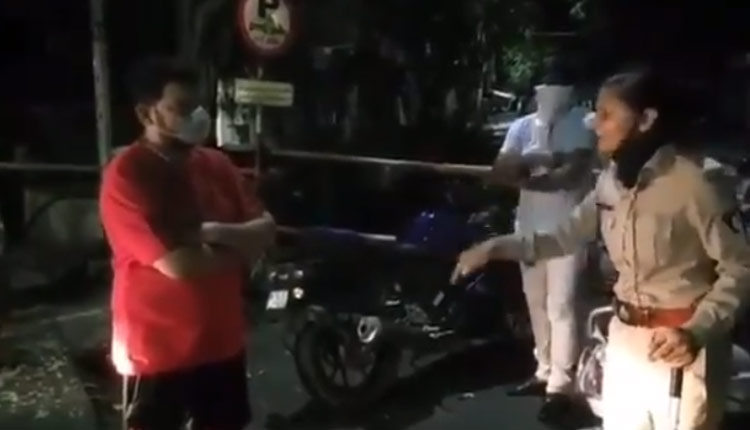 Surat: A woman constable in Gujarat’s Surat, Sunita Yadav, resigned after she was allegedly threatened by state Health Minister Kumar Kanani’s son Prakash and his friends. They threatened Yadav after she questioned them for breaking night curfew rules and not wearing masks amid the COVID-19 pandemic.

Following the altercation, Yadav then called her superior. However, the superior did not take any action and asked her to leave the spot. Allegedly frustrated by the police system, the woman constable resigned, reported India Today.

Meanwhile, an audio clip of a heated exchange between the woman police constable and the son of a Gujarat minister and his friends has gone viral.

An inquiry has been ordered into the incident, a senior Surat city police official said on Saturday.

“The audio clip came to the notice of Surat Police Commissioner (R B Brahmbhatt). He has asked ACP (A-Division) C K Patel to conduct an inquiry. Action will be taken based on the inquiry report,” Chaudhary said.

In the audio, the men who confronted the constable are heard saying that they had the power to “make you stand at the same place for 365 days”.

The constable shouts back that she is not their slave or a servant of their fathers that they can make her stand there for 365 days.

She is then heard calling up her superior officer to inform that when she stopped five persons who were roaming around in a car without wearing masks after 10 pm when the curfew is in force in view of coronavirus, they called Prakash, the son of MLA Kanani.

When Prakash arrived on the spot, they threatened and abused her, she is heard saying.

Minister Kanani claimed that his son was on his way to the civil hospital as his father-in-law, undergoing treatment for coronavirus, was critical when he was stopped by the constable.

Did Anushka Shetty & Naga Chaitanya’s Special Relationship Fizzle Out Due To Nagarjuna?