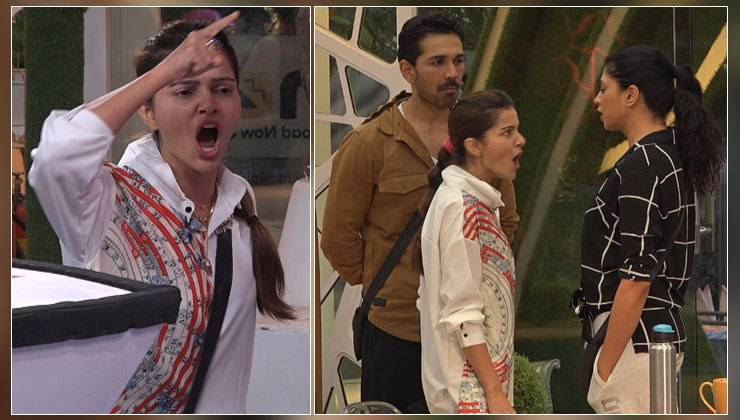 Since the finale week has begun, the house has been witnessing high-voltage drama and surprise evictions. In another shocking turn of events, Kavita Kaushik walked out of the Bigg Boss house yesterday after an ugly spat with Rubina Dilaik.

Rubina and Kavita got into a massive fight that escalated quickly when the FIR actor threatened Ruby saying that she will teach her a lesson once they are outside the house. Kavita shouts at her, “Do you know your husband’s truth? Ek lafa marungi, nikal yaha se.” It was referred to her revelation about their marriage heading to divorce. This made the Shakti actor lose her cool.

Abhinav Shukla in the meanwhile witnessed the fight standing on the side, not interfering in the fight. As the fight got physical, Bigg Boss intervened and slammed the contestant for getting physical and not doing anything that could entertain the audience. BB then opened the doors and asked the willing contestants to quit the game then and there itself.

In the end, Kavita walked out of the house through the main exit in a rage after which, Rubina says, “Senseless – exactly what Kavita Kaushik is.” Ex-contestants shared their views on Kaushik’s exit on social media while the housemates and audience were shocked and in disbelief.

Something is really wrong with #kavita.. #rubina shared personal thing as per the task.. What was she doing then?? Wasn’t it personal whatever she shared..Nobody is talking about that task but #kavita.. #BB14

Well i like rubina n kavita both! So far rubina n abhinav unnecessarily poking kavita! Also when u urself talk abt ur personal life on national tv, dont expect others to not enter into it! Its a game, this will happen! #BB14 @ColorsTV