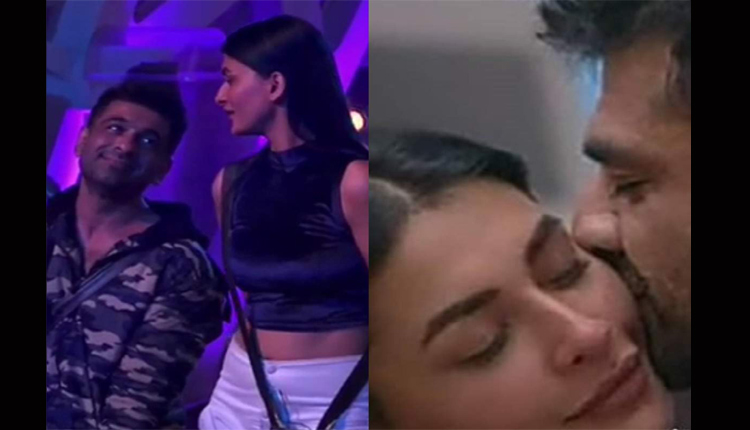 Controversy is the other name for the popular reality show Bigg Boss and the 14th season seems to keep landing in trouble. Bigg Boss 14 has landed in a legal soup for the second time in two months after the Karni Sena has served the makers a notice demanding a ban on the show.

Recently, a promo where Eijaz Khan and Pavitra Punia are seen giving each other pecks on the cheek had drawn the attention of Karni Sena. According to a legal notice issued by the Karni Sena, which has gone viral, by showing Eijaz Khan and Pavitra Punia’s kissing scenes the makers are promoting ‘love jihad’ and adultery. They also accused the makers of ‘destroying the culture of this nation’ with their ‘vulgar’ and ‘cheap’ content.

“If the show isn’t censored or banned Karni Sena will take it to streets to protest against it,” the notice read. The makers haven’t reacted on the issue as yet. Read the legal notice here.

Earlier, the show got embroiled in a controversy when Jaan Kumar Sanu’s statement on the Marathi language didn’t sit well with the MNS and Shiv Sena. The show and Jaan had issued a public apology following threats of forcible closure of the show by MNS supporters.