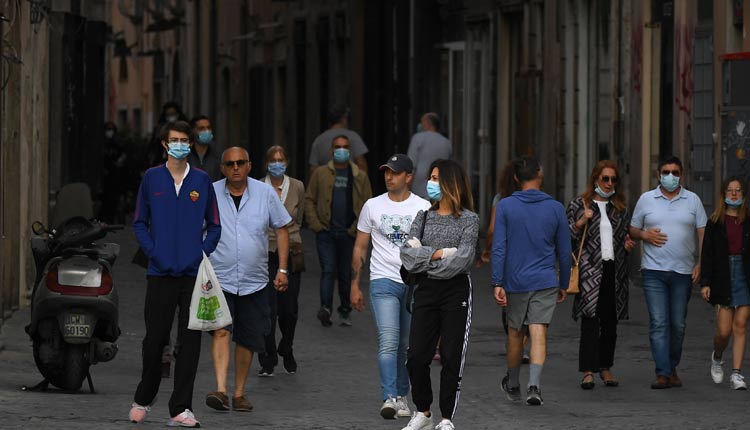 Washington: The overall number of global COVID-19 cases has topped 9.7 million, while the deaths were nearing 500,000, according to the Johns Hopkins University.

As of Saturday morning, the total number of cases stood at 9,776,963, while the fatalities increased to 493,609, the University’s Center for Systems Science and Engineering (CSSE) revealed in its latest update.

With 2,467,658 cases and 125,046 deaths, the US continues with the world’s highest number of COVID-19 infections and fatalities, according to the CSSE. The number of people in the US who have tested positive for coronavirus is likely to be 10 times as higher than the over 2.4 million confirmed cases currently reported, the chief of the Centers for Disease Control and Prevention (CDC) said.

Case counts continued to surge to record levels in many states, including Texas, Alabama, Missouri and Nevada.

Meanwhile, the Chinese health authority said on Saturday it received reports of 21 newly confirmed Covid-19 cases on the Chinese mainland on Friday, including 17 domestically transmitted and four imported ones.

All the domestically transmitted cases were reported in Beijing, the National Health Commission said in its daily report, Xinhua reported. No deaths related to the disease were reported on Friday, according to the commission.

South Korea has reported 51 newly confirmed cases of the coronavirus as fresh clusters continue to emerge in the densely populated Seoul area. They bring the national caseload to 12,653, including 282 deaths. Thirty-five of the new cases came from Seoul and nearby cities and towns, which have been at the centre of a COVID-19 resurgence since late May.

Hundreds of infections have been linked to nightspots, church gatherings, restaurants and low-income workers such as door-to-door salespeople and warehouse employees. Officials have so far resisted calls to reimpose stronger social distancing guidelines after easing them in mid-April, citing concerns about a fragile economy.

Australian health officials are also expecting more cases of COVID-19 as hundreds of nationals return from overseas to begin mandatory quarantine. About 300 people are due to arrive in Adelaide this weekend from Mumbai, India, while hundreds are expected to follow from South America and Indonesia.

Melbourne recorded 30 new cases on Friday, continuing a run of double-digit increases that has more than tripled Victoria state’s active cases to 183 in just over a week. In an attempt to reduce the chance of new flareups during a two-week school holiday break, almost 5,000 infrared thermometers are being shipped to popular vacation spots in the state.

COVID-19 Vaccine Could Come Within 1 Year: WHO Chief