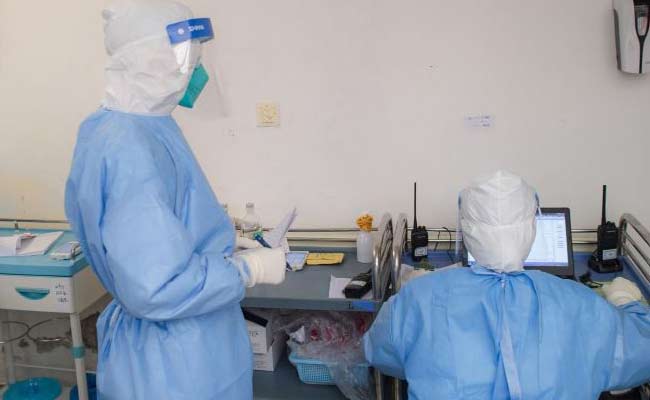 Paris: Amid the novel coronavirus scare around the world, a French researcher has reported successful trial of a new treatment line for COVID-19, with early tests suggesting it can stop the virus from becoming contagious in just six days.

According to connexionfrance.com, Professor Didier Raoult from hospital l’Institut Hospitalo-Universitaire (IHU Mediterranee), put up a video to explain the trials held earlier this week.

Raoult, an infectious disease specialist, was tasked by the French government to research possible treatment for the novel coronavirus.

According to the professor, the first COVID-19 patients he treated with drug chloroquine saw rapid and effective speeding of their healing process, and a sharp decrease in the amount of time they remained contagious.

Chloroquine — which is normally used to prevent and treat malaria — was administered via drug Plaquenil.

“We included everyone who was in agreement to be treated, which was almost everyone. Two towns in the protocol, Nice and Avignon, gave us infected patients who had not yet received treatment,” Raoult was quoted as saying by connexionfrance.com.

According to the media report, the treatment was offered to 24 patients, who were among the first to become infected in the southeast of France, and who had voluntarily admitted themselves to hospital for the process.

Patients were given 600mcg per day for 10 days. They were closely monitored, as the drug can interact with other medication, and cause severe side effects in some cases, it added.

Chloroquine phosphate and hydroxychloroquine have previously been used to treat coronavirus patients in China, in ongoing COVID-19 clinical trials.

Kaletra, a US-based antiviral drug used to treat HIV, is another medicine that is being tested in the fight against the deadly virus.

Meanwhile, anti-malaria drug Hydroxychloroquine is being touted by US President Donald Trump as a possible gamechanger in the fight against the coronavirus pandemic, with “very very encouraging results” in early testing.

“We know that if things don’t go as planned it’s not going to kill anybody”, Trump said on a day when the death toll in the US crossed 160. There are more than 10,000 cases across the country.

Trump said in a White House briefing on Thursday that he is directing the US Food and Drug Administration to fast track anti-viral therapies for treating patients with COVID-19.

Trump said the drug could prove to be a “gamechanger” and if it is not, the downside risks are likely to be very low.

Trump said the US Food and Drug Administration has “approved” the drug for use in coronavirus cases and that early results have been very “encouraging”.

“We’ve got very very encouraging early results. And we’re going to be able to make that drug available. Almost immediately. And that’s where the FDA has been so great, they’ve gone through the approval process, it’s been approved”, Trump said.

FDA Commissioner Stephen Hahn said several approaches are under testing including chloroquine, remdesivir and antibodies sourced from the blood of COVID-19 patients after they recover.

“We’re looking at drugs that are already approved for other indications as a potential bridge or stopgap until studies are completed on other drugs under investigation,” Hahn said.

Chloroquine, or hydroxychloroquine, has been used to treat malaria since the 1940s and is widely available. It is often given before exposure to malaria to prevent infection, and also as treatment afterward.

“Nothing will stand in our way as we pursue any avenue to find what best works against this horrible virus”, Trump said at a White House briefing.

Hahn said 10,000 FDA scientists, doctors and staff are “working around the clock to aid the American people in this fight against the coronavirus”.

Describing himself as a “wartime president”, Donald Trump has invoked emergency powers which allows private sector capacity to be used in responding to the coronavirus pandemic which has already killed more than 130 people in the United States.

With these emergency powers, the Trump administration can pull on the country’s installed industrial base to swiftly produce materials needed in a national crisis.

White House coronavirus response coordinator Deborah Birx cautioned that the number of people diagnosed is likely to increase dramatically in the next few days as testing capacity ramps up. It is now nearly 60 days since the first US case surfaced and testing at scale remains an issue across the country till date.

Birx underlined a relatively new theme in what we know about the virus – its transmission from hard surfaces. “We’re still working out how much is by human to human transmission and how much from surfaces”, she said.

“We’ve not seen significant mortality in children”, she said.

“Don’t expose yourself to surfaces outside the home”, Birx urged Americans.

The White House task force has been calling on “younger” Americans, especially millennials, to follow the latest social distancing guidelines and stop congregating in groups. Younger Americans are also being urged to donate blood.

Hospitals, which are fearing a tidal wave of cases coming in as a result of the increased testing capacity, have been asked to cancel all elective surgeries.