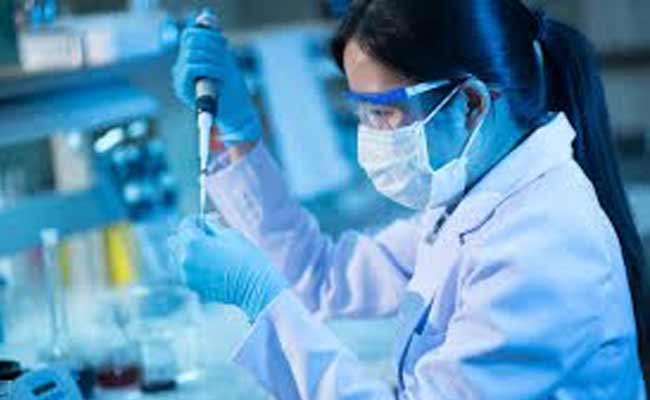 Iranian researchers have discovered a drug combination to heal the lesions in the lungs of COVID-19 patients, IRNA news agency quoted an Iranian health official as saying.

Mostafa Qanei, head of the scientific committee to combat COVID-19, said the “complex” is the combination of three medicines which could reduce the period of hospitalisation of the patients, Xinhua reported.

“We have diagnosed the lung lesion, and this complex aims to heal the lesion,” Qanei was quoted as saying.

He noted 40 per cent of the patients who received the medicine left the hospital four days earlier.

Iran’s Ministry of Health and Medical Education on Tuesday announced that 16,169 people have been affected with the coronavirus, of whom 988 have died.

Meanwhile, the US health officials on Monday informed about the first human trial to evaluate a candidate vaccine against coronavirus disease 2019.

US President Donald Trump has said the coronavirus pandemic that has killed thousands in countries across the world could be brought to a halt by July in the United States.

Trump said, “So it seems to me that if we do a really good job… people are talking about July, August, something like that,”

On the other hand, German researchers are giving high efforts to develop a coronavirus vaccine.

Meanwhile, Iran’s Ministry of Health and Medical Education on Tuesday announced that 16,169 people have been affected with the coronavirus, of whom 988 have died.

Iraq has confirmed one more death from COVID-19 and 21 new cases, bringing the total number of infections in the country to 154.

The new cases included 17 in Baghdad, three in Karbala and one in Basra, Iraq’s Health Ministry said in a brief statement on Tuesday.

Of the 154 confirmed cases of novel coronavirus, 11 have died while 41 others have recovered, according to the statement.

To help Iraq cope with the coronavirus spread, a Chinese team of seven experts arrived in Baghdad on March 7. They are working with Iraqi counterparts in the fight against the viral respiratory disease, which has largely been under control in China after a nationwide campaign since late January.

Italy, Europe’s worst coronavirus-hit country and the world’s second after China, on Tuesday reported a further 345 deaths in the past 24 hours.

While the country’s toll has gone upto 2,503, a point of optimism was that the infection rate had slowed down, according to the BBC.

The country now has 31,506 cases – with 2,060 people in intensive care, up from 27,980 earlier. However, this was the slowest rate of increase since the country identified the presence of the virus last month.

Column: Cashing In On People’s Misery