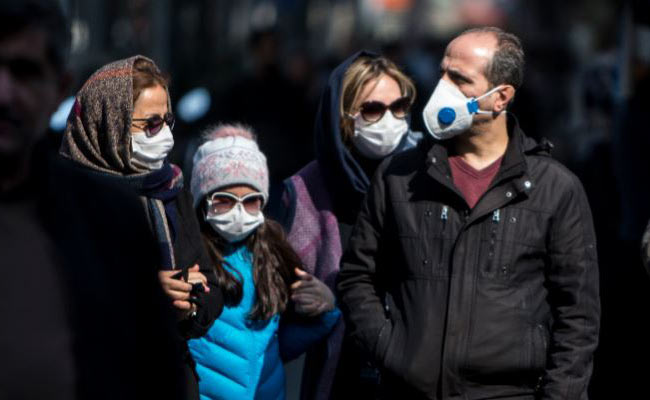 The northern region of Lombardy – the country’s worst-affected – accounted for 252 of the fatalities, which have taken the total toll across the nation to over 1,800, the BBC reported.

The number of deaths in the southeastern Puglia region around the city of Bari doubled from eight to 16, reported NDTV adding that the Lazio region that includes the Italian capital Rome has officially recorded 16 deaths in all — up from 13 on Saturday — and 436 infections.

A press handout released by Italy’s civil protection service said that the number of infections has reached 24,747 so far.

After China, where the disease broke out in Wuhan city late last year, Italy is the most-affected country, followed by Iran, which reported 113 more deaths, taking the toll to 724.

Iran’s Health Ministry on Sunday informed that the death toll from the coronavirus in the country has risen by 113 to 724.

The number of infections has reached nearly 14,000, making it the third most-affected country in terms of number of cases and deaths after China and Italy, the BBC reported.

Iranian officials have again urged people to stay at home and cancel all travel.

Meanwhile, Spain and France tightened controls as global deaths due to Covid19 passed 6,00. Cafes, shops and restaurants shut down across France and Spain and travellers faced chaos at US airports as governments stepped up their fight against the coronavirus pandemic which has now reportedly killed more than 6,000.

France ordered the closure of all non-essential businesses, while Spain went a step further and banned people from leaving home except to go to work, get medical care or buy food.

Cases also spiked in Germany and sources told AFP that the government planned to shut its borders with France, Switzerland and Austria on Monday.

Spain and France are among the worst-hit countries in Europe although Italy, which imposed Europe’s most draconian lockdown on its 60 million citizens last week, still dominates in terms of infections from COVID-19.

A spike in deaths reported in Spain from 183 on Saturday to 288 on Sunday took the global toll to 6,036 from almost 160,000 infections, according to an AFP tally compiled from official sources.

Experts warn, however, that the real figure is likely to be higher as tests are not available to everyone and people can be infected without showing symptoms.

The disease has now hit all global regions, ripping up sporting and cultural calendars, causing panic in stock markets and companies — particularly airlines — and prompting often contradictory responses from governments.

The United States imposed a travel ban on countries in Europe’s Schengen free-movement area last week, but has since said it would add Britain and Ireland to the list.

China, where the disease originated, is now imposing its own crackdown on international travellers — all will be put into quarantine on arrival — after linking most of its new infections to those coming from overseas.

As the virus continued its global spread, the plight of existing hotspots intensified.

The US travel restrictions threw airports into disarray with passengers complaining of massive queues as staff battled with the new entry rules and stipulations on medical screening.

One passenger, Ann Lewis Schmidt, told CNN passengers at Chicago’s O’Hare airport were held at “close quarters” when they arrived, adding: “So if we didn’t have the virus before, we have a great chance of getting it now.” Similar stories emerged on social media from passengers at Dallas and New York’s JFK.

“The federal government needs to get its s@#t together. NOW,” he tweeted.

Trump tested negative for the disease, having come into contact with several members of a Brazilian presidential delegation who have since tested positive.

Britain, which had avoided crackdowns and instead tried to manage the spread and create “herd immunity”, cancelled local elections and hinted that it would follow most other affected European nations and ban mass gatherings.

On the other hand, France allowed municipal elections to go ahead on Sunday even as officials imposed a drastic nationwide shutdown on all non-essential businesses and promised to progressively restrict long-distance travel.

The risk from voting for the elderly was no greater “than going shopping”, insisted Jean-Francois Delfraissy, chairman of France’s coronavirus science council.

Several countries have announced bans on foreigners entering their countries.

Austria banned gatherings of more than five people on Sunday, telling citizens to stay in unless absolutely necessary.

Norway announced it would shut ports and airports with international connections on Saturday before retreating a day later and saying although foreigners would be turned away the facilities would remain open.

The spread of the virus has spooked even those countries without significant outbreaks — with both Australia and New Zealand saying that anyone arriving from overseas must self-isolate for two weeks.

“We are going to have to get used to some changes in the way we live our lives,” said Prime Minister Scott Morrison.

Kazakhstan declared a state of emergency on Sunday despite having just eight confirmed infections.

In Africa, which has been spared the worst of the disease, half a dozen countries announced new infections over the weekend.

The announcements sparked restrictions on gatherings in Rwanda, panic-buying in the Seychelles and furious recriminations in Zimbabwe — a country yet to register a single case.

“Coronavirus is the work of god punishing countries who imposed sanctions on us,” said Zimbabwe’s defence minister Oppah Muchinguri on Saturday.

Latin America has also recorded only small clusters of infections, though Colombia shut its border with Venezuela over a rise in cases there.

Chile has also taken some protective measures — quarantining more than 1,300 people aboard two cruise ships after an elderly Briton aboard one of them tested positive for the coronavirus.

However, the cancelled events, closed schools and restrictions on movements have driven people to great lengths to avoid isolation and disappointment.

Romans have been singing to each other from their apartments, and across the US on the weekend hundreds of youngsters posted their cancelled high-school musical numbers on social media under #SunshineSongs.