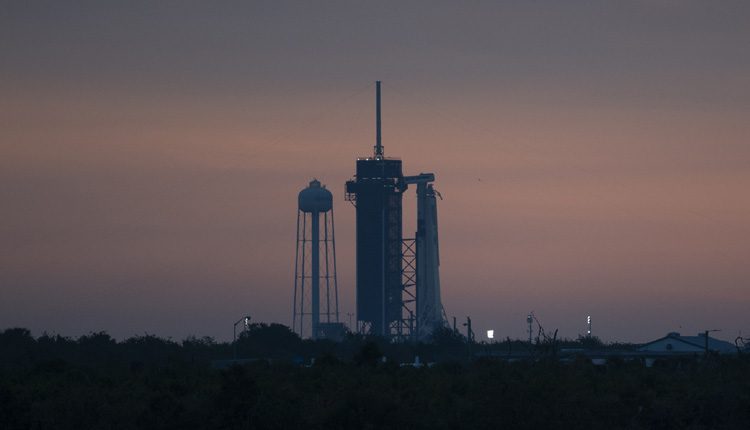 Washington: Ahead of their historic launch to the International Space Station (ISS) aboard a SpaceX Crew Dragon spacecraft on Wednesday, NASA astronauts Douglas Hurley and Robert Behnken said that they were ready for the upcoming journey.

“…The teams are ready and we are ready. #LaunchAmerica,” Hurley said in a tweet.

This “Crew Demo-2” mission will mark the first launch of astronauts on an American rocket from American soil since the last space shuttle mission in 2011.

Launch of the mission, dubbed Launch America, is scheduled for 4.33 p.m. EDT on Wednesday.

The SpaceX Crew Dragon spacecraft will launch on a SpaceX Falcon 9 rocket from Launch Complex 39A at NASA‘s Kennedy Space Center in Florida, and is scheduled to dock to the space station at 11.39 a.m. on May 28.

“Our @NASA Administrator wished @Astro_Doug and I well through the glass wall of astronaut quarantine today. Looking forward to being part of the team that will make him and the rest of America proud tomorrow! #LaunchAmerica,” Behnken said in a tweet late on Tuesday.

This will be SpaceX‘s final test flight for NASA’s Commercial Crew Programme and will provide critical data on the performance of the Falcon 9 rocket, Crew Dragon spacecraft, and ground systems, as well as in-orbit, docking, and landing operations.

The test flight also will provide valuable data toward certification of SpaceX’s crew transportation system for regular flights carrying astronauts to and from the space station.

The sun has risen on the dawn of a new era in human spaceflight.

At 4:33 p.m. ET @AstroBehnken & @Astro_Doug will liftoff atop a @SpaceX rocket on their way to the @Space_Station. This will be the first time humans have launched from U.S. soil since 2011: https://t.co/p6zJ3XlwdR pic.twitter.com/UJhfftslal