Rakesh, The Jumbo Which Trampled Many To Death, Released From Enclosure 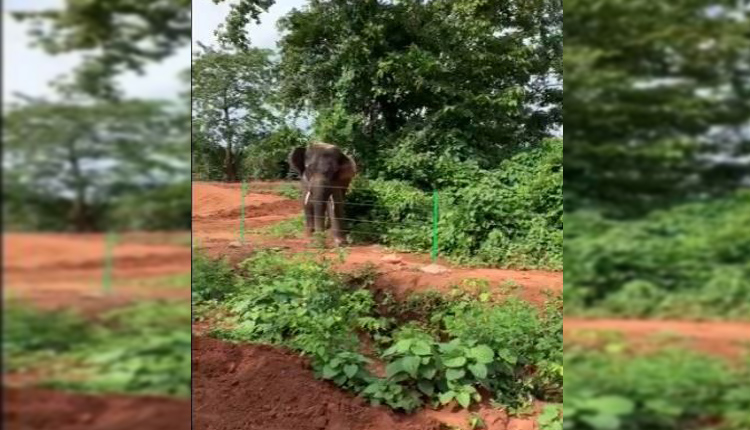 Dhenkanal: After being confined in a kraal (enclosure with very little space) for more than seven months, wild elephant Rakesh, that reportedly trampling many people to death, is finally set free from the captivity.

According to sources, Rakesh, who was kept in a kraal at Kapilash Elephant Rescue Centre for his aggressive nature, will now be kept in an enclosure spanning over an area of one hectare.

Trench has been dug and solar fencing has been made around the enclosure restricting entry of other animals into the enclosure, sources informed.

Though the aggressive nature of Rakesh has changed and he is in a better health condition now, his each move will be monitored and the next course of action will be decided after that, informed Prakash Chandra Gugnani, Divisional Forest Officer (DFO).

“The behaviour of Rakesh has changed and now he will be kept in an enclosure where vegetation and water arrangements have been made for his stay,” Gugnani added.

Man Trampled To Death By Wild Elephant In Odisha